Addressing the 49th All India DGPs and IGPs conference here, Union Home Minister Rajnath Singh on Saturday hit out at Pakistan and blamed the state actors in the country for playing a role to destabilise India. 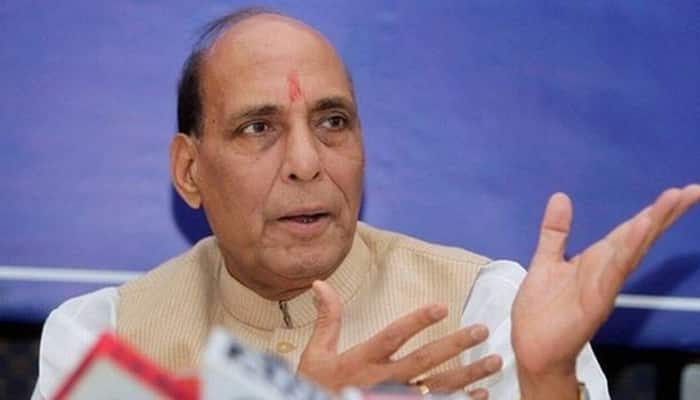 Guwahati: Addressing the 49th All India DGPs and IGPs conference here, Union Home Minister Rajnath Singh on Saturday described the Islamic State terror group as a "major security threat" and said that the government was concerned about the fact that Indian youngsters were getting drawn to jihadist elements.

The Home Minister, in his address to country's top police brass, raised various issues including threats posed by Islamic State and other terror groups like al Qeada. He said that Indian youths getting drawn to terror groups is a major concern.

"It is also a matter of concern that some Indian youths have been attracted to ISIS. We cannot take it lightly. We take it as a challenge," he said.

However, Rajnath said that the country is geared up to face such challenges.

"There might be many terrorist organisations in the world but we will not allow them to get a foothold in our country," he said.

He described as a threat Al Qaida's declaration to form a wing — Qaeda-ul-Jehad — for the Indian sub-continent, and said the global terror group's intention was to bring Bangladesh, Assam, Gujarat, Jammu and Kashmir and some other parts of the country under its grip which the country would not allow to happen.

Expressing concern over growing use of cyber space by anti-national & anti-social forces, the Home Minister says steps should be taken to monitor cyberspace.

Paying his tribute to all the jawans who were martyred, Rajnath said that the role of our police forces and the intelligence agencies has been crucial in ensuring security to our people and nation.

He also announced that the government has decided to sanction Rs 50 crore for construction of National Police Memorial in Delhi.