An estimated 57% of the electorate cast their votes in the first phase of Bihar Assembly election in 49 constituencies. 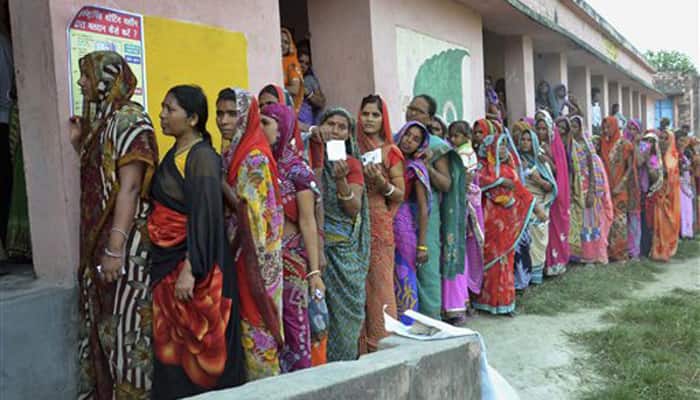 Patna: An estimated 57 per cent of the electorate cast their votes in the first phase of Bihar Assembly election in 49 constituencies which was violence-free note on Monday.

Women voters outnumbered men and the turnout today is more than what it was in the last state poll in 2010 (all phases taken together.)

Overall, the voting percentage in the 2010 polling in Bihar was 50.85. The 49 seats, which went to poll today, represents nearly 20 per cent of the overall 243 seats in the state, Chief Electoral Officer Ajay Nayak told reporters.

More voting was witnessed in all 10 districts in which the 49 seats were spread over, he said adding women voter turnout was more than the male in today's balloting.

While it was 59.5 per cent turnout for women today, the male turout was 54.5 per cent, Nayak, accompanied by Additional Chief Electoral Officer R Lakhmanan, said.

Both of them said that the voting took place in a peaceful environment.

Giving details of voting in the districts, Nayak said Khagaria, which has seven Assembly constituencies, recorded the highest 61 per cent voting. Nawada having five seats saw relatively lowest voting percentage at 53, he said.

About other districts, he said Samastipur recorded 60 per cent voting, Begusarai 59 per cent, Bhagalpur 56 per cent, Banka 58 per cent, Munger 55 per cent, Lakhisarai 54 per cent, Sheikhpura 55 per cent and Jamui 57 per cent, all registering more voting than it was in last Assembly poll.

The Left Front is trying to make significant inroads in the poll on the basis of combined strength of six parties - CPI, CPI-M, CPI-ML, Forward Block, SUCI (C) and RSP.

BSP, which does not have much influence in Bihar, has put up 41 candidates in the 49 seats that saw voting today.

Nayak said that complaints were received about 280 non-functioning EVMs, roughly two per cent of the total EVMs installed for voting today, from different places, which were replaced promptly.

Reports of some people boycotting voting were received from nine polling booths in Bhagalpur, Banka and Lakhisarai districts, he said.

Wheelchair-bound 96-year-old Mahendra Prasad was at a booth in Munger, helped by family members. Two other nonagenarians came on horseback to vote in Samastipur district.

The voting started at 7 AM in all 12,686 polling booths today. It ended at 3 PM in nine Assembly seats and at 4 other constituencies at 4 PM in accordance with the decision of the Election Commission taken in consideration of the areas' sensitivity to Naxalites.

All the seats where the voting time was cut short saw an impressive turnout.

In four Assembly seats of Alauli (reservered SC), Beldaur, Katoria and Belhar, where balloting ended at 4 PM, an impressive percentage was recorded. While Alauli from where LJP chief Ramvilas Paswan's younger brother Pashupati Kumar Paras is in fray, 61 per cent voting was recorded.

A total of 110 people were arrested during today's voting and 20 motor cycles, one van, one tempo and one jeep were seized, the CEO said.