Jayalalithaa, Amma to millions, passed away at Chennai's Apollo Hospital at 11.30 PM on Monday after waging a grim battle for life since her hospitalisation on September 22. 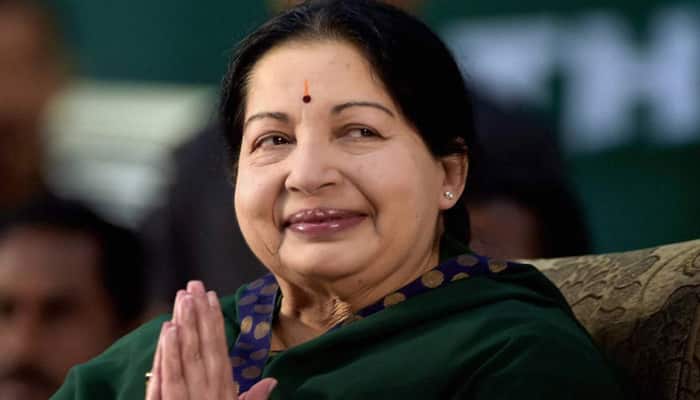 Chennai: Jayalalithaa, Amma to millions, passed away at Chennai's Apollo Hospital at 11.30 PM on Monday after waging a grim battle for life since her hospitalisation on September 22.

The mortal remains of Amma have been kept at Chennai's Rajaji Hall for the public to pay their last respects.

June 24, 1991: Sworn in Chief Minister for the first time after she leads AIADMK to a huge win in assembly elections.

May, 1996: Amidst charges of corruption during its rule, AIADMK loses in the assembly elections. DMK returns to power.

July 11: Then Janata Party leader Subramanian Swamy files private complaint in a court accusing Jayalalithaa of amassing wealth worth Rs 66.65 crore disproportionate to her known sources of income during 1991 to 1996.

April, 1997: DMK Government sets up three special courts to try 47 corruption cases against Jayalalithaa, her former cabinet colleagues and others.

1997: Prosecution launched against Jayalalithaa, her close friend Sasikala and two others in a Chennai Court in DA case.

May 14, 2001: Jayalalithaa leads AIADMK to landslide win in assembly elections; Sworn in Chief Minister though she was disqualified to contest elections.

September 21, 2001: Jayalalithaa unseated as CM after Supreme Court quashes her appointment as she was disqualified to contest polls due to TANSI case conviction.

Feb 21, 2002: Jayalalithaa elected to Assembly in a bypoll from Andipatti constituency.

November 18, 2003: On a petition by DMK, Supreme Court transfers the trial in DA case to Bengaluru.

May 11, 2006: AIADMK loses in assembly elections, DMK returns to power.

May 16, 2011: Jayalalithaa leads AIADMK to victory in assembly polls; sworn in as Chief Minister.

September 27, 2014: The Special Court holds Jayalalithaa and three others guilty of corruption, awards four years' jail term to each, slaps Rs 100 crore fine on her, Rs 10 crore each on three other accused.

Jayalalithaa unseated as Chief Minister after she attracts disqualification as an MLA due to the conviction.

May 23: Sworn in as Chief Minister for fifth time.

May 19, 2016 Leads AIADMK to a record consecutive win in assembly elections.

Sep 22: Admitted to Apollo Hospitals with complaints of fever and dehydration.

Nov 13: In her first direct communication since her hospitalisation, Jayalalithaa says she has taken 'rebirth' because of people's prayers; Urges them to vote for AIADMK in the November 19 bypolls to three assembly constituencies.

Nov 22: Jayalalithaa thanks voters for electing her party candidates in polls.

RIP Amma: When Jayalalithaa sang one of her favourite songs, that too in Hindi - WATCH