The main problem faced by the chocolate industry is the lack of genetic variation in cultivated cacao, which makes it vulnerable to pests and blights. 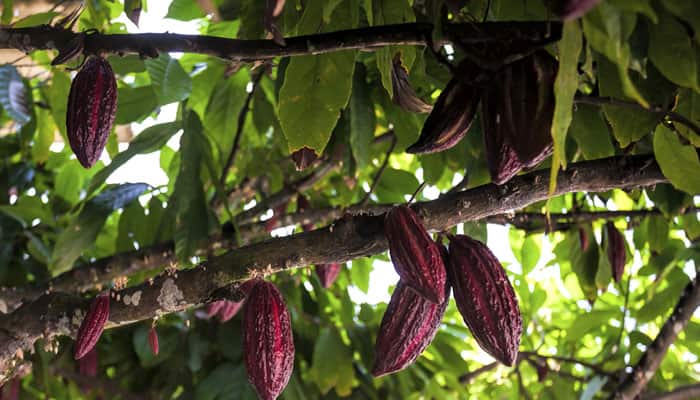 London: Cheer up! The cacao tree from which chocolate is extracted is not going to die out in the near future, as was feared by the industry, suggests a new reassuring study that finds that cacao tree is much older than previously realised.

The main problem faced by the chocolate industry is the lack of genetic variation in cultivated cacao, which makes it vulnerable to pests and blights.

The lack of genetic variation also puts cacao trees at risk from climate change, jeopardising the long-term sustainability of the industry.

However, the species' early evolutionary origin is good news - it suggests that cacao has had enough time to diversify genetically, with each wild population adapting to its local habitat.

"Here, we show for the first time that the source of chocolate, Theobroma cacao, is remarkably old for an Amazonian plant species," said study's lead author James Richardson from the Royal Botanic Garden, Edinburgh.

Richardson and colleagues found that Theobroma cacao - chocolate produced from this tree is one of the most popular flavours in the world - is one of the oldest species in the genus Theobroma, having evolved around 10 million years ago.

Therefore, researchers observed, wild populations of cacao across the Americas may be treasure troves of genetic variation, which could be bred into cultivated strains to make the latter more resistant to disease and climate change, and perhaps even create new flavours of chocolate.

"After 10 million years of evolution, we should not be surprised to see a large amount of variation within the species, some of which might exhibit novel flavours or forms that are resistant to diseases," Richardson explained.

These varieties may contribute towards improving a developing chocolate industry," he added.