Climate change: Temperatures in Madhya Pradesh to surge by 1-1.5 degrees by 2045, says study

The study, "Climate Change in Madhya Pradesh: Indicators, Impacts, and Adaptation," done jointly by faculty member Veemal Mishra of IIT-Gandhinagar and Amit Garg of IIM-Ahmedabad says that with rise in temperatures, the "frequency of severe, extreme, and exceptional droughts" will increase. 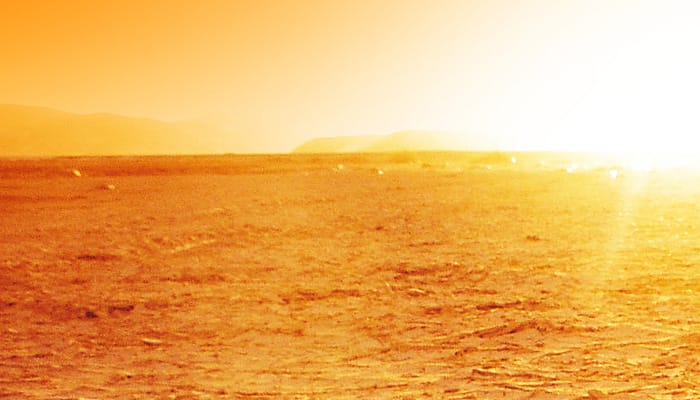 Ahmedabad: Madhya Pradesh is likely to see 1-1.2 degree Celsius rise in temperature by 2045, bringing more droughts that will pose "enormous" pressure on agriculture, water resources, infrastructure and energy sectors, according to a study

The study, "Climate Change in Madhya Pradesh: Indicators, Impacts, and Adaptation," done jointly by faculty member Veemal Mishra of IIT-Gandhinagar and Amit Garg of IIM-Ahmedabad says that with rise in temperatures, the "frequency of severe, extreme, and exceptional droughts" will increase.

"Increased warming under the projected future climate may lead to more frequent, severe, and wide-spread droughts during the monsoons season. The frequency of hot days, hot nights, and heat waves is projected to increase in the state," it says.

Amit said, "This rise in temperature is much beyond the target set by 194 countries as per the Paris Climate Agreement to keep global temperature rise below 2 degree Celsius by the end of the century from pre-industrial level. But here we have temperatures breaching the target much quickly, which is a cause of concern."

"The study shows how India is stuck in a global problem, which is more severe for developing and poor countries as they lack resources to handle it. Madhya Pradesh has not created the problem but will have to suffer severely," he said.

"We can conduct similar study for other states as well. While projected changes under the future climate may vary from one state to another, warming as observed on large scale is prominent and could lead to increased frequency of heat waves, hot days and hot nights in future," said Mishra.

The authors had in December published a similar study covering India, in which they concluded that the country as a whole will experience 1-1.5 degree Celsius increase in temperature by 2045, which could have profound implications for agriculture and crop production.

It said that India would require over USD 1 trillion in the next 15 years to adapt to the adverse impacts of the climate change.

The researchers took into account data of rainfall and

temperature between 1951 and 2014 that is available with the India Meteorological Department, and the outcome of appropriate global climate models downscaled to Madhya Pradesh to make these projections.

"The frequency of heatwaves is projected to increase to 1-2 heat waves every year under the projected future climate in most of the districts in the state."

Increase in temperature will have "profound implications" on agriculture and water resources in this state located in central India where agriculture remains a major sector and source of livelihood, the study says.

The change in climate may impact agriculture output of the state, where about 75 per cent of the total population in rural areas is engaged in agriculture-related activities, it said.

Agriculture plays an important role in economy and socio-economic conditions of the state where sugarcane, soybean, wheat and 'jwar' are among important crops grown over a total sown area of 15,000 hectares.

More effective local level policies will be required which has to be framed after a "careful analysis of the natural resources and impacts of climate change on various sectors", they say.