Asian elephants born during times when their mothers experience highest stress levels not only produce significantly fewer offspring in their lifetime but also decline much more rapidly in older age. 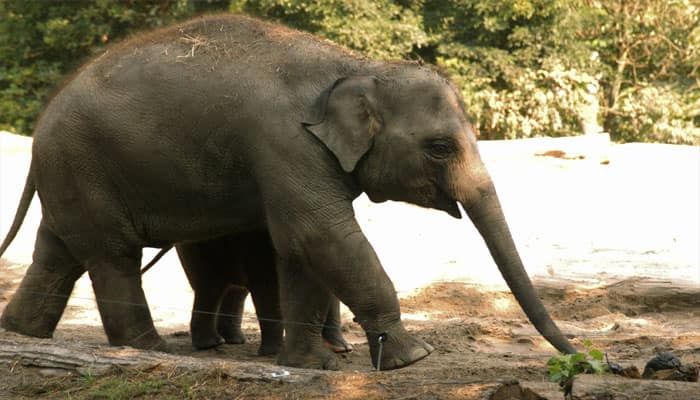 London: Asian elephants born during times when their mothers experience highest stress levels not only produce significantly fewer offspring in their lifetime but also decline much more rapidly in older age, new research has found.

"Poor early life conditions have been linked to many disease outcomes in humans, but it is unknown whether stress in early life also speeds up ageing rates in long-lived species," said lead author Hannah Mumby from University of Sheffield in England.

"We found that the decline in reproduction with age is much steeper in the elephants born at the poorer time of year,” Mumby noted.

"Even though they reproduce slightly more when they are young, this still does not compensate for the steep decline and they end up with fewer offspring," she said.

The scientists analyzed record of the lives and deaths of more than 10,000 elephants from Myanmar spanning three generations and almost a century.

The elephants are semi-captive animals working in the timber industry by pushing and dragging logs.

The researchers used measures of a hormone associated with stress (glucocorticoid metabolites) to determine which months represented stressful condition for the elephants.

The study showed that the months from June to August, which is monsoon season and typically when elephants work hard dragging logs to rivers, are the most challenging for the animals.

"Fertility and reproductive rate decline with age for all of us, but for some faster than others - and this variation was how we measured differences in ageing," senior author Virpi Lummaa from University of Sheffield noted.

The results, published in the journal Scientific Reports, highlight the potential for maternal stress to be associated with offspring ageing.

Private companies to get degraded land for forest harvesting

Future is going to be innovating, India needs to be at forefront

Taal Thok Ke : Can Balasaheb's name save Uddhav's government and his party?

Future of education will lie in finding the ideal blend of hybrid learning: Panel at Edufuture Excellence Awards