How climate change and global warming affected the world in 2015

Apart from the leaders of the world coming together in Paris for a summit regarding climate change, there have been major discoveries related to the environment as a whole. 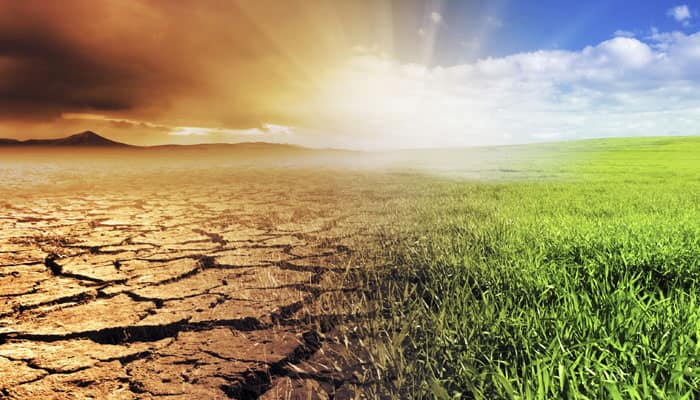 Year 2015 is nearing its end and it has been a roller-coaster ride in all aspects. Dwelling on it though, this year, has largely been all about the environment, with climate change and global warming becoming the world's biggest concerns.

Although, global warming has been a rising concern for the world at large, this year the skyrocketing pollution levels made the nations of the globe take matters into serious consideration.

Apart from the leaders of the world coming together in Paris for a summit regarding climate change, there have been major discoveries related to the environment as a whole.

Below are some eminent discoveries regarding the climate of the year 2015. They are:

Climate experts revealed in early October that melting of ice shelves in Antarctic may double by the year 2050. However, other experts from NASA sang a different tune, when their studies revealed that Antarctic is not losing, but actually gaining ice!

Read all about the phenomenon here: Melting of Antarctic ice shelves may double by 2050

Yes, you read that right! Scientists at NASA made this revelation around late October claiming that the 2015 Antarctic ozone hole has increased in size and has in fact, expanded to its peak. We account for between 75% and 85% of the ozone depletion that takes place each year. 1% to 5% comes from volcano eruptions each year and 15% to 20% from other natural sources.

NASA went on record to state that the 2015 ozone hole has reached the status of being the fourth largest ever.

2015 slated to be hottest year on record!

According to the United Nations, this year is set to be given the status of being the hottest year on record. With pollution levels breaching WHO air quality standards, this news has barely come as a surprise.

This statement came in merely days before the United Nations climate summit in Paris, providing another instance of how global warming and climate change are impacting the world and that too at such a fast pace.

Apart from these major discoveries, 2015 saw the world preparing for the biggest summit on climate change. 30th November, 2015 marked the beginning of the 21st Conference of the Parties to the United Nations Framework Convention on Climate Change held in Paris. Chaired and hosted by France, the programme, also known as COP21, was crucial because the expected outcome was the possibility of a new international agreement on climate change, applicable to all, to keep global warming below 2°C as well as each country's individual carbon footprint to a minimum.

The 13-day conference was initially supposed to end on 11th December, 2015, however, it was extended by a day, eventually concluding on 12th December, 2015. The final draft of the climate change deal was introduced on the last day.

The United Nations Framework Convention on Climate Change was initiated during the 1992 Rio de Janeiro Earth Summit and is a universal convention of principle, acknowledging the existence of anthropogenic (human-induced) climate change and giving industrialized countries the major part of responsibility for combating it.
For the first time, binding greenhouse gas emissions reduction targets were set for industrialised countries. The protocol, which entered into force in 2005, was intended to cover the period 2008-2012.

COP21 saw the nations of the world coming together under a coalition, to eradicate the hazardous impact of global warming and climate change on the world as a whole. The conference reached its objective for the first time in history to achieve a universal agreement on methods to reduce climate change in the pact (Paris Agreement), by all the nations of the world, that will become legally binding if it is ratified, accepted, approved or acceded to by at least 55 countries that represent at least 55 percent of global greenhouse emissions and implemented by 2020.

On 12th December 2015 the participating 196 countries agreed by consensus to the final draft of a global pact to reduce emissions as part of the method for reducing greenhouse gas. In the 12-page Paris Agreement, the members agreed to reduce their carbon output "as soon as possible" and to do their best to keep global warming "to well below 2°C". France's Foreign Minister Laurent Fabius said this "ambitious and balanced" plan was a "historic turning point" in the goal of reducing global warming.