Watch video: Seal swims up to a man – This is what happened next!

A scuba diver by the name of Gary Grayson, however, has something to boast of. His encounter with the sea dogs is something we would love to watch on loop. 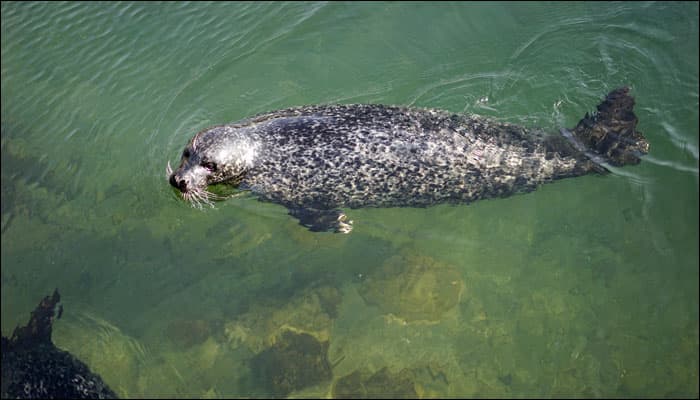 New Delhi: Seals are befittingly known as the “dogs of the sea” owing to their lovable nature and behaviour, especially when it comes to their interactions with humans.

Many people have had encounters with seals during their sea outings, but most of them fail to capture that moment.

A scuba diver by the name of Gary Grayson, however, has something to boast of. His encounter with the sea dogs is something we would love to watch on loop.

While Grayson was scuba diving with his crew, he chanced upon a meeting with two adorable grey seals, while his friend filmed the entire scene.

The video you are about to watch, shows the seal cuddling up to Grayson, offering a flipper to him and then taking hold of his hand and placing it on his tummy for a belly rub! You can even see the seal playfully nibbling at Grayson's hand.

Grayson happily obliges, while the seal's satisfied expressions are supremely comical! He seems to be loving the attention.

Although, posted by Grayson in 2014, the video has surfaced quite recently.

This wordless interaction speaks volumes about animal-human connection and just goes to show how a little love and warmth goes a long way.