World Wetlands Day marks the adopting of the Convention on Wetlands in the Iranian city of Ramsar on 2 February in 1971. 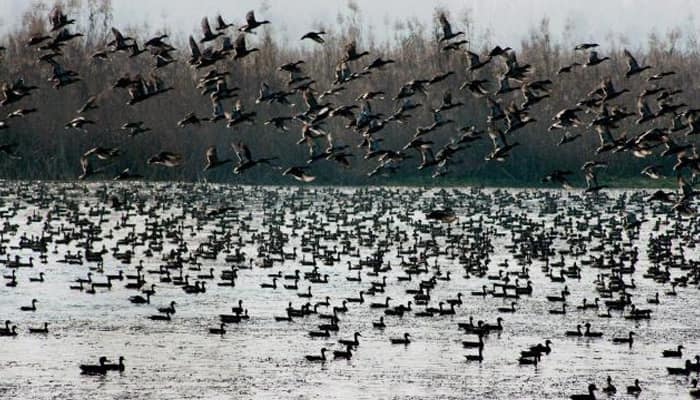 New Delhi: The government on Monday said that it was working on revising the existing regulatory framework on wetlands as its conservation and wise use are its top priority.

Environment Minister Prakash Javadekar said that his ministry is also mulling upgrading the existing Wetland Research and Training Centre of Chilika Development Authority at Barkul in Odisha into the National Capacity Development Centre for Wetlands.

“The Environment Ministry will continue to accord high priority to conservation and wise use of wetlands in the country,” said Javedkar on the eve of the World Wetlands Day which is celebrated on February 2 across the globe.

The Environment Minister also said that the government is mulling a greater role for state governments in the management of wetlands.

Javedkar observed that the National Plan for Conservation of Aquatic Ecosystems (NPCA) provides the policy framework and support to state governments for integrated management of wetlands while the the state wetland authorities are envisaged to be entrusted the role of management and regulation of wetlands within their jurisdiction.

“In a strategic step towards increasing the capacity of wetland managers in integrated and holistic management, upgrading the existing Wetland Research and Training Centre of Chilika Development Authority at Barkul, Odisha into the National Capacity Development Centre for Wetlands is also being envisaged,” he said.

This year the World Wetlands Day is being celebrated by the Ministry in collaboration with the West Bengal government at Sunderbans which is one of the largest single block of estuarine mangrove forests in the world and provides habitat to numerous plant and animal species, including the Royal Bengal Tiger.

The theme of this year's World Wetlands Day is ‘Wetlands For Our Future - Sustainable Livelihoods’, which highlights the value of wetlands in securing local livelihoods through activities as fishing, rice farming, tourism, and water provision.

World Wetlands Day, which aims to promote conservation of wetlands, marks the adopting of the Convention on Wetlands in the Iranian city of Ramsar on 2 February in 1971.