Health hazards of using mobile phones and their solutions 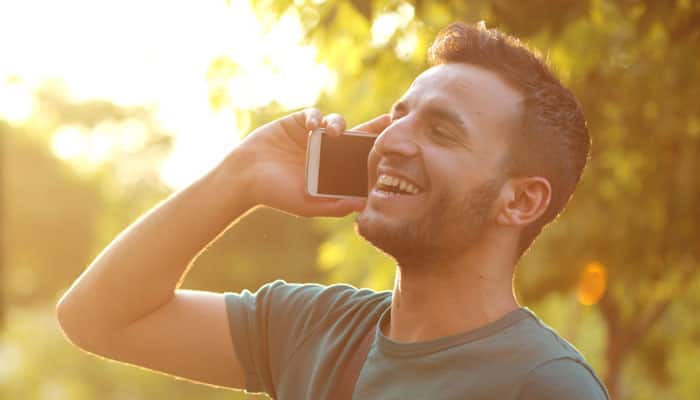 New Delhi: With increasing technological advancement, mobile phones are being used extensively in the world. Important conversations can be carried out over mobile phones and it can prove to be useful during emergencies.They are portable so one can carry them wherever they want to.

Exposure to ionizing radiation i.e., x-rays and cosmic rays, increases the risk of cancer. Radio frequency energy from cell phones held closely to the head may affect the brain and other tissues. Children face a higher health risk  for developing brain cancer from cell phones. World Health Organization lists use of mobile phones in the "carcinogenic hazard" category.

Studies have found that exposure to mobile phone radiation leads to damage of sperm and health of the unborn foetus.Women who are expecting a child are also under the threat of impaired female fertility from exposure to phone radiation.

Cell phones require constant use of your hands, especially when texting messages or sending an e-mail.When you use phone for long periods then it can lead to back pain because you tend to arch  your neck and hold your body in a strange posture.

One of the biological effect of radio frequency is heating.People using cell phones are prone to high blood pressure and other symptoms such as hot ears, burning skin, headaches and fatigue.

While using a phone it is safer to take a few precautions such as:

Research and buy the cell phones with lowest radiation levels: One must carefully research the specific absorption rate (SAR) before buying a mobile phone.SAR is a way of measuring the quantity of radio frequency energy that is absorbed by the body.

Avoid placing cell phone on ear while call is connecting: The cell phone sends out the strongest signal when you place a call and wait for the other person to pick up. Try not to place your cell phone to your head during this phase of the call.

Use the chord phone or landline phone: It is better to adopt the old fashioned way of placing phone calls through a landline phone as they pose lesser health problems.

Turn your phone off at night: It is vital to know that your body is most vulnerable to radiation when you are sleeping because the body is in rest. So one must take a precaution like turning off the cell phone at night as the body's defenses are down.