Stricter rules for wearing helmets by cyclists can save many lives as researchers have found that the those wearing helmets have a 58 percent reduced odds of severe traumatic brain injury after an accident, compared to their non-helmeted counterparts. 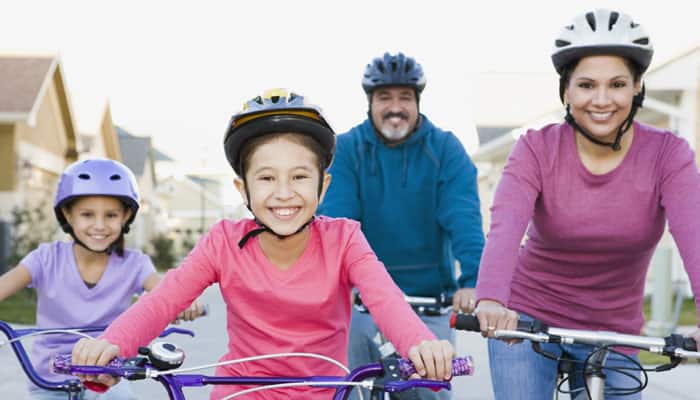 New Yor: Stricter rules for wearing helmets by cyclists can save many lives as researchers have found that the those wearing helmets have a 58 percent reduced odds of severe traumatic brain injury after an accident, compared to their non-helmeted counterparts.

The researchers also found that wearing helmet reduces an accident victim's risk of death by 59 percent.

"If you are severely injured and you were wearing a helmet, you are going to fare better than if you were not," said lead study author Bellal Joseph University of Arizona, Tucson, US.

The researchers analysed records of 6,267 patients who had a traumatic brain injury after a bicycle related accident in the US. Among the group of patients, just over 25 percent were wearing helmets.

"When you hone in on that severe group of people who actually developed a brain injury, and then look at how they did, the helmet really made a difference," Joseph pointed out.

The researchers also found that in the patients they studied, the likelihood of facial fractures was higher for those who were not wearing a helmet at the time of the accident.

Helmet use helped prevent fractures to the upper part of the face, including the area around the eyes, the orbital lobe, study co-author Ansab Haider from University of Arizona noted.

However, helmet use was not as effective at preventing fractures to the lower part of the face, such as mandibular jaw or nasal fractures.

The findings suggest the creation of injury prevention programmes to increase helmet use among bicyclists, to manufacture better helmets, and to develop and enforce stricter laws for helmet use.

The findings were presented at the 2015 Clinical Congress of the American College of Surgeons in Chicago.