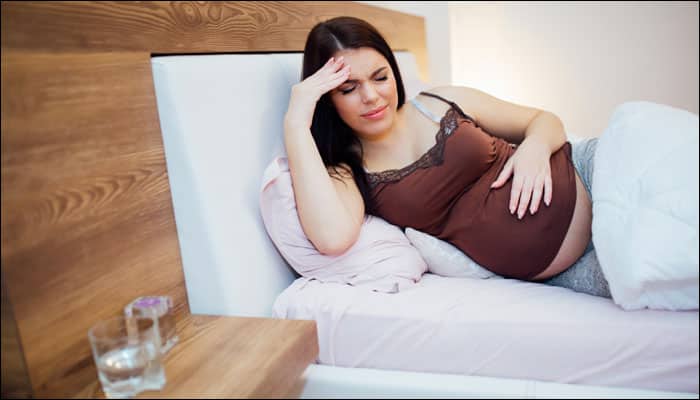 New Delhi: Maternal stress or prenatal stress is the stress a woman experience during her pregnancy. Such stress are caused by the sudden change in their routine , any stressful events or environmental hardships.

These stress also holds the symptoms of anxiety and depression and have negative consequences on the babies.

But a recent study done by the psychologists from the University of Basel in Switzerland together with international colleagues states that maternal stress and depression during pregnancy activates a protective mechanism in babies.

For the research, published in Social Cognitive and Affective Neuroscience, the psychologists collected umbilical cord blood from 39 infants and assessed the stress hormone cortisol in saliva samples of the mothers. In addition, they evaluated stressful life events and mental health of the mothers via questionnaires.

They observed that increased concentrations of maternal stress hormones, depressive symptoms and general adversities during pregnancy were accompanied by epigenetic changes in the child.

As a result of these changes the oxytocin receptor gene, which is important for social behavior and stress adaptations, is activated more easily, researchers said.

This mechanism could indicate that in these cases, the babies adapt to develop more resilience to cope with future challenges and adversities, they said.

Whether a gene can be activated or not also depends on methyl groups that attach to the DNA and function as a switch.

Researchers found that children from mothers with increased stress and depressive symptoms show a reduced methylation of the oxytocin receptor gene at birth.

This results in the gene becoming more easily activated, which leads to a facilitated production of oxytocin receptors for oxytocin to react with and unfold its effects, researchers said. Oxytocin not only has an important function in mother-child bonding and in induction of labour and lactation, it also influences social behaviour, they said.

Previous studies have shown, that adversities during pregnancy can increase the risk for mental disorders and physical diseases in the mother's offspring, researchers said.