According to estimates available, it said India was the source of the highest number of nurses recruited from non-EU countries into Britain's National Health Service (NHS) between 2009 and 2015. 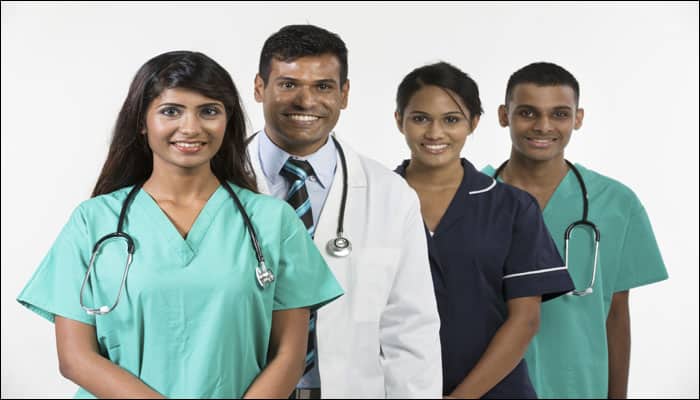 New Delhi: The Indian Medical Association (IMA) today called for revival of the nursing profession in the country saying shortage of nurses would lead to shutdown of hospitals, unavailability of quality medical care and increased clinical complications.

IMA said the country is facing a phenomenal shortage of 2.4 million nurses and the number is expected to increase, given the high rate of migration of nursing professionals owing to factors like job insecurity, working environment and gender biases.

According to estimates available, it said India was the source of the highest number of nurses recruited from non-EU countries into Britain's National Health Service (NHS) between 2009 and 2015. A 2015 report on the nursing brain drain in India reveals that up to one-fifth of the nursing labour force may be lost to wealthier states due to migration.

"These are several reasons for this decision made by Indian nurses including job insecurity for the contractual staff, low pay in both the government and private sectors, lack of a conducive work environment and infrastructure and training facilities.

"Nurses are the backbone of the Indian healthcare system and their shortage in the long term will have hazardous impact on the overall functioning of the sector. It will lead to shutdown of hospitals, unavailability of quality medical care and increased clinical complications," said Dr KK Aggarwal, Secretary General of IMA.

Dr SS Agarwal, National President of IMA said necessary steps should be taken to promote the nursing profession in the country.

"A uniform pay scale needs to be implemented and a more robust educational and training program implemented. At present nursing colleges are scattered and concentrated in the South. There is also a need to implement a common examination for nurses like the NEET for doctors.

"The working conditions of nurses also need to be improved," he said.

Another problem that the profession faces in the country is the fact that traditionally nursing is considered a woman's job and given the patriarchal nature of the society, working women are not respected. This further adds to the shortage, he said.

It is important that awareness is raised that both men and women can be successful nurses and both have the equal right to work and earn a livelihood, said Dr Aggarwal.

"IMA recommends elimination of gender biases, promotion of better and a uniform pay for nurses to reduce the incidence of migration to other countries and strengthening the education and training system for nurses in India by setting up more colleges, training centres and encouraging practical training to solve the problem of shortage of doctors," Dr Aggarwal said.

Excess social media use may lead to eating disorder: Doctors