Wives, please take note! Fighting over trivial issues at home can raise your hubby's blood pressure to such an extent that he may suffer heart problems sooner in life. 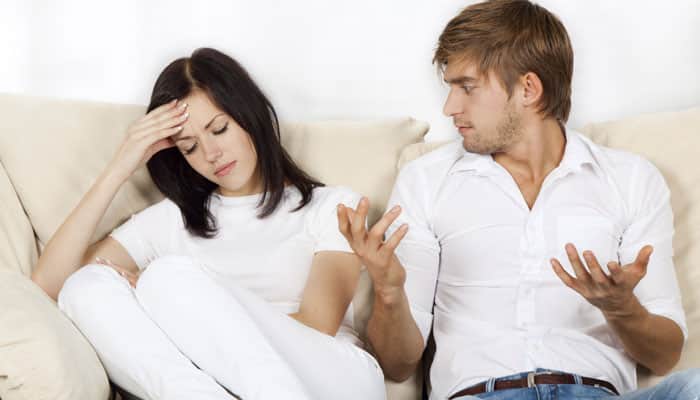 London: Wives, please take note! Fighting over trivial issues at home can raise your hubby's blood pressure to such an extent that he may suffer heart problems sooner in life.

According to researchers, stressed wives can elevate husbands' blood pressure -- particularly in more negative relationships -- which may lead to cardiovascular problems.

Using systolic (maximum) blood pressure as a gauge, researchers assessed whether an individual's blood pressure is influenced by their own as well as their partner's reports of chronic stress and whether there are gender differences in these patterns.

The findings support previous research that asserts stress and relationship quality have both direct and moderating effects on the cardiovascular system.

"However, we found that husbands were more sensitive to wives' stress than the reverse especially given all of the work indicating that wives are more affected by the marital tie," explained lead author Kira S Birditt from the University of Michigan's institute for social research.

"This finding may result from husbands' greater reliance on wives for support which may not be provided when wives are more stressed," Birditt added.

Specifically looking at the effects of negative relationship quality, researchers found that effects were not recognised when examining individuals but they were when examining interactions between both members of couple.

"It is important to consider the couple as a whole rather than the individual when examining marriage and health," the authors noted in the study that appeared in the Journals of Gerontology.

Shraddha Murder Case: Traces of blood found in bathroom, and kitchen of house where the couple lived – Sources

Sambit Patra Retaliated on Mallikarkun Kharge's Ravan Statement, 'The public will answer with 100% voting to BJP'