Eight die due to intense cold in UP, West Bengal 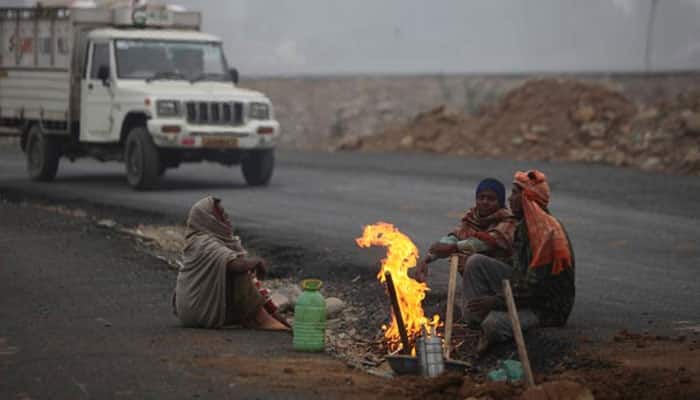 In Uttar Pradesh, two people died due to intense cold in Mahoba district and as many were killed in two separate fog-related incidents in Badaun and Saharanpur, respectively, since yesterday.

Cold wave tightened its grip on different parts of the state with mercury slipping to 2.4 degrees Celsius in Nazibabad.

Khemchand (55) of Kulphard and Ajay (28) of Chandua village in Mahoba died of severe cold, R P Mishra, a doctor at the district hospital said.

A 45-year-old man, Yusuf, was today killed and five others were injured when two trucks collided due to fog in Musajhag area in Badaun, police said, adding the injured were admitted to a hospital where their condition was stated to be stable.

In Saharanpur, a 32-year-old man was killed when the motorcycle he was riding collided with a bus in heavy fog near Kameshpur village.

However, flight operations remained normal at the Delhi Airport. Visibility was 400 metres at 8.30 AM, a marked improvement from yesterday when it was zero. It was recorded 1000 meters at 11.30 AM.

In Jammu and Kashmir, Jammu recorded its "coldest night" in the last 70 years at 0.05 degrees Celsius though there was an improvement in the minimum temperature at most places in Kashmir division.

"Jammu recorded a minimum temperature of 0.05 degrees Celsius last night making it the coldest night in the last 70 years. Prior to this, the minimum temperature was 0.06 which was recorded on January 11, 1945," Sonam Lotus, Director, J&K Meteorological Department said.

"The coldest night was due to dense fog hovering over Jammu skyline. We are expecting snowfall in mountainous belts of J&K from January 29-30 and rains in plains of Jammu region in the same period," Lotus said.