After Twitter war, Bihar minister apologises to Smriti Irani; wonders what was so offensive in word 'Dear'

As war of words between Union Human Resource Development Minister Smriti Irani and Bihar Education Minister Ashok Choudhary on Twitter created a furore, the latter on Tuesday apologised to the Union Minister. 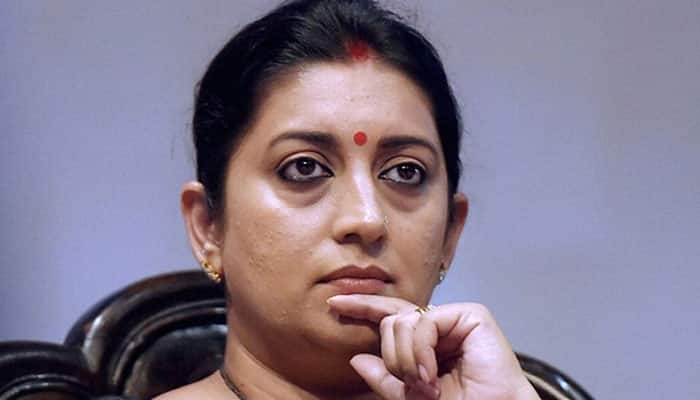 Patna: As war of words between Union Human Resource Development Minister Smriti Irani and Bihar Education Minister Ashok Choudhary on Twitter created a furore, the latter on Tuesday apologised to the Union Minister.

Speaking to the media, Choudhary, a Congress leader, justified his tweet saying, “I had very respectfully asked in a tweet "Dear Smriti ji, when is new Education policy going to come".

Further making his point, the Bihar Education Minister said, “Don't know what did she (Smriti Irani) find so offensive in 'Dear'. Don't think there is any kind of disrespect in this (word).”

“But I still apologise to Smriti Irani ji if I have hurt her feelings in any way,” he added.

The whole controversy erupted after the Congress leader questioned the HRD Minister on the new education policy. Here's what he tweeted:

Dear @smritiirani ji, when will we get New Education policy..?
When will year 2015 end in your calendar..? https://t.co/X20LhUsvCt

However to her surprise, the Twiteratis reacted strongly to her reaction on Choudhary's tweets.

what is harm if you write minister as "Dear".This is basic professional courtesy.why Color with 'mahila' angle https://t.co/YpcPxy51OL

Please note, @smritiirani prefers being called Aunty than be address as dear

Dear @Smritiirani please get yourself an education. You are so embarrassing.

Dear @smritiirani, dear @narendramodi is not following your prescribed protocol regarding the usage of 'dear' :( pic.twitter.com/2GDogh3xpW

Respected @smritiirani ji,a few days I sent an email 2 ur ministry which starts with "dear".Ghussa mat karna I will correct it & resend it

Vietnamese diplomat booked for rash and negligent driving in Delhi