Ever since the Narendra Modi government appointed Ajit Doval the National Security Advisor (NSA), various stories regarding this great Indian spy have been unfolding. 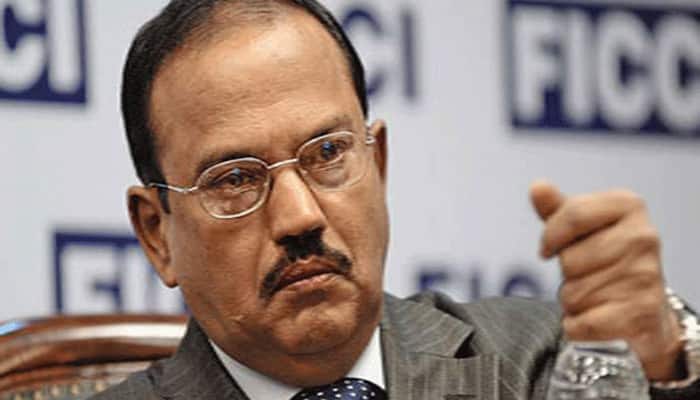 New Delhi: Ever since the Narendra Modi government appointed Ajit Doval the National Security Advisor (NSA), various stories regarding this great Indian spy have been unfolding.

Doval, a highly decorated IPS officer of Kerala Cadre, who retired as Director Intelligence Bureau in 2005, has many interesting and daring stories credited to his stint with the Indian spy agency.

The current NSA, considered as James Bond of India, remained as an undercover agent in Pakistan for seven years posing as a Pakistani Muslim in Lahore.

Here's a video in which Doval shares his experience while spying in Pakistan's Lahore city.

The NSA has prepared a secret mission to bring India's most wanted man and terrorist Dawood Ibrahim back to India, according to reports.

For years Doval has advocated the improvement of internal security capacities and Defence in a practical manner. Unlike the past NSAs who preferred to look at external issues, Doval concentrates on building India`s internal capacities.

It is the National Security Advisor to whom intelligence agencies such as the Research and Analysis Wing and Intelligence Bureau report, rather than directly to the Prime Minister. Due to such vested powers NSA is a prominent and powerful office in the bureaucracy.

Pakistan's toolkit expose on Kashmir, secret note of conspiracy come to the fore

Shares of Adani Group are Continuously Going down, SBI says, 'nothing to worry about the loan'

Action taken against the helpers of gangsters in Punjab

Joshimath-like crisis come in Doda of Jammu and Kashmir