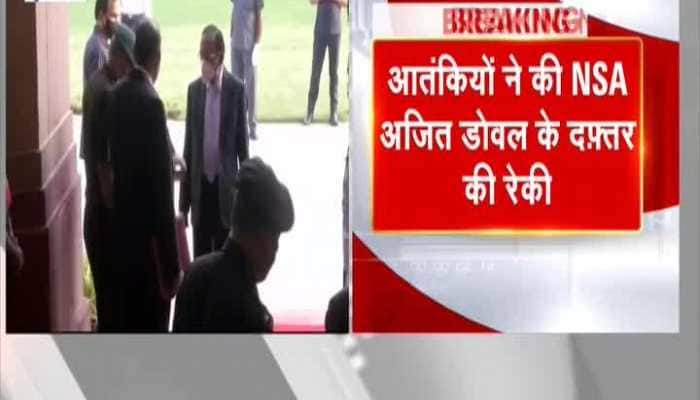 The security agencies have been put on high alert after a Jaish-e-Mohammed (JeM) terrorist, who was arrested by the Jammu and Kashmir Police, revealed that he had conducted a reconnaissance of NSA office and other high-value targets in Delhi. 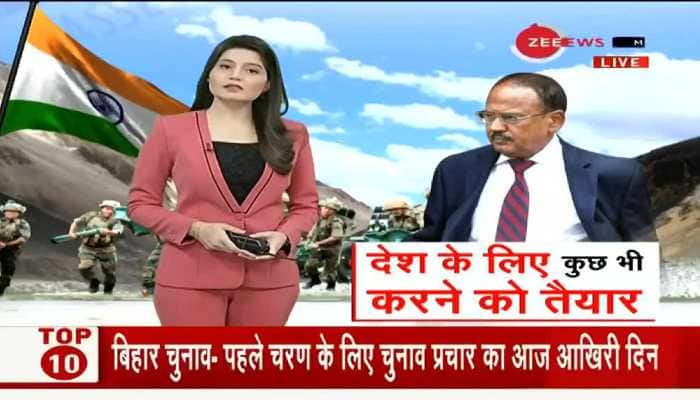 National Security Advisor Ajit Doval has given a strong message from Rishikesh about the security of the country. Doval said that from where the country will be threatened, we will strike at the same place. 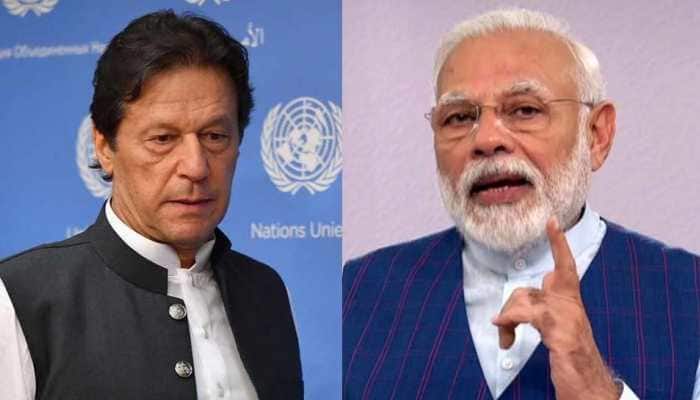 MEA refutes Pakistan's claim of India reaching out to Islamabad for talks, calls it 'misleading and fictitious'

Ministry of External Affairs (MEA) spokesperson Anurag Srivastava said that the Pakistan NSA's comments were "contrary to facts on the ground, misleading and fictitious". 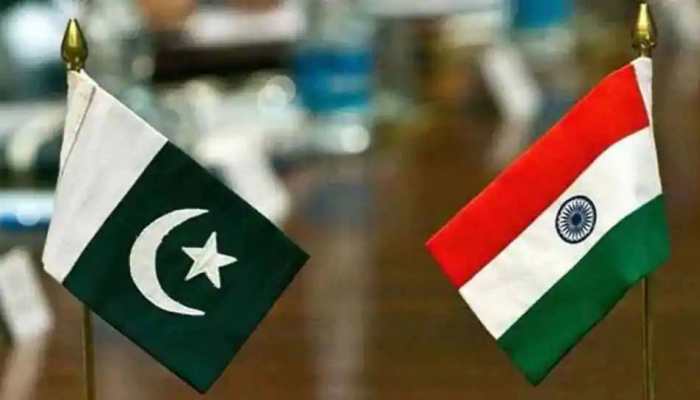 "This was in blatant disregard to the advisory by the host against it and in violation of the norms of the meeting," MEA Spokesperson said. 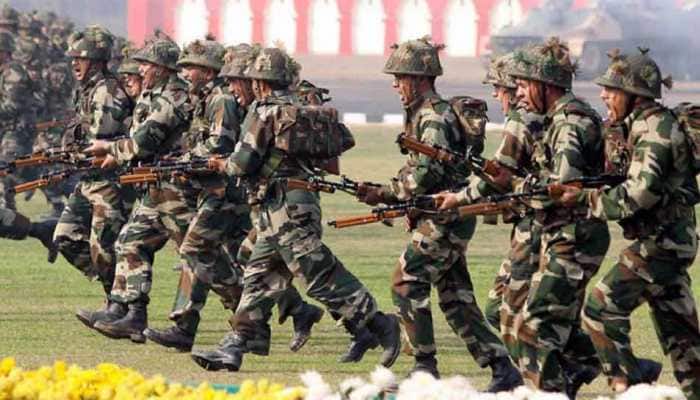 The position of CDS was recommended by the Kargil Review Committee formed in the aftermath of the 1999 war with Pakistan and the Naresh Chandra Committee. 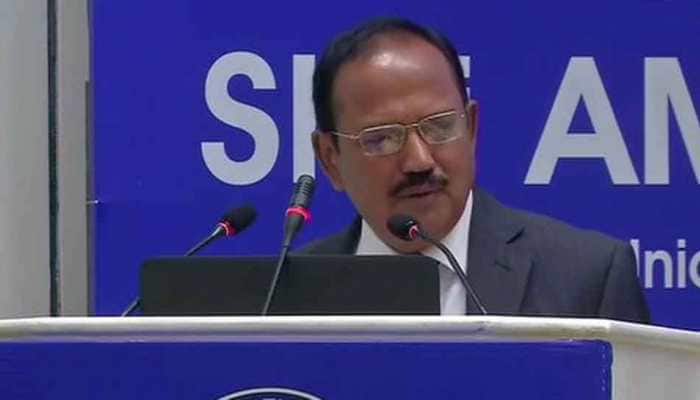 Asking the top cops to go after the terror sanctuaries, National Security Advisor Ajit Doval said that knowledge of such activities is not sufficient as it is not just about eliminating terrorists. He pointed out that Pakistan has made terror a part of its state policy. 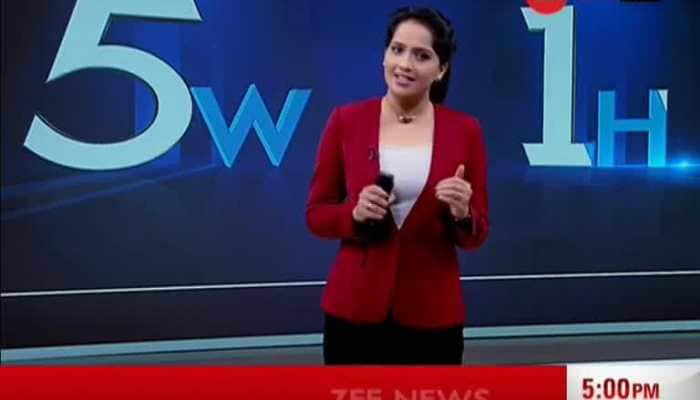 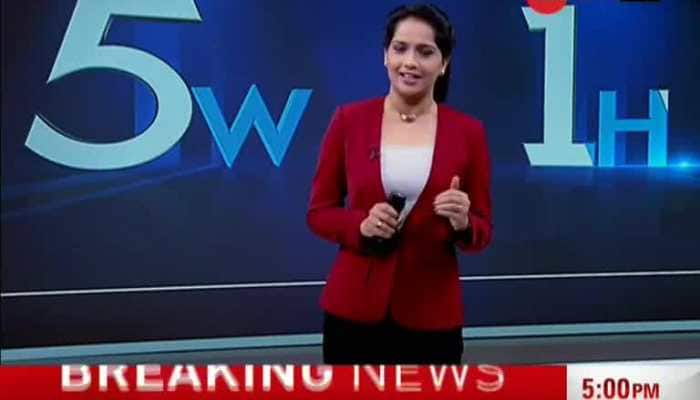 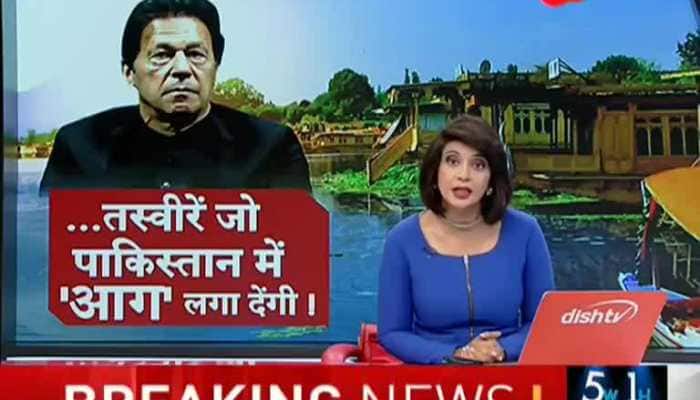 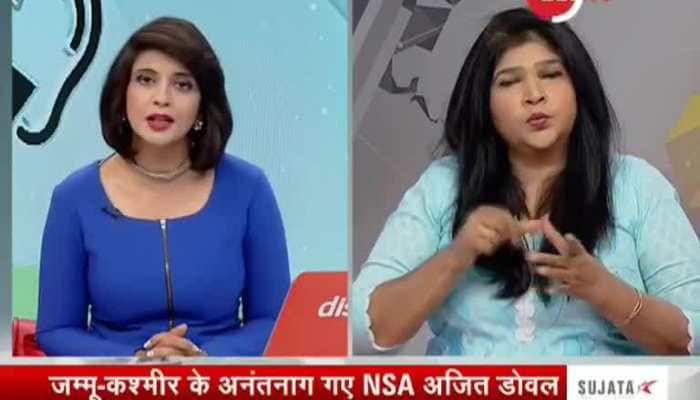 This is a special segment for hearing impaired which brings to you the latest updates of the afternoon. Watch this video to know the latest news stories of the day. 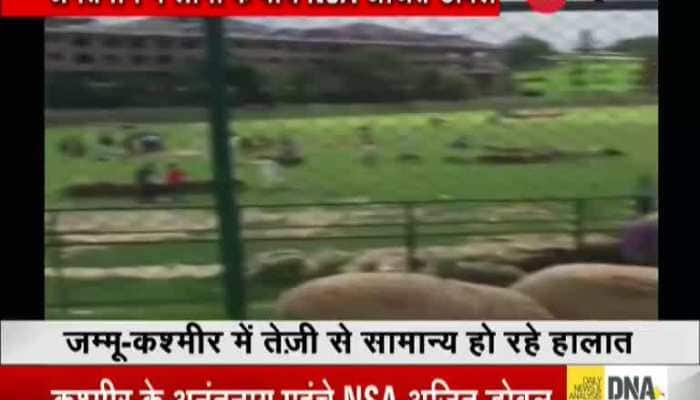 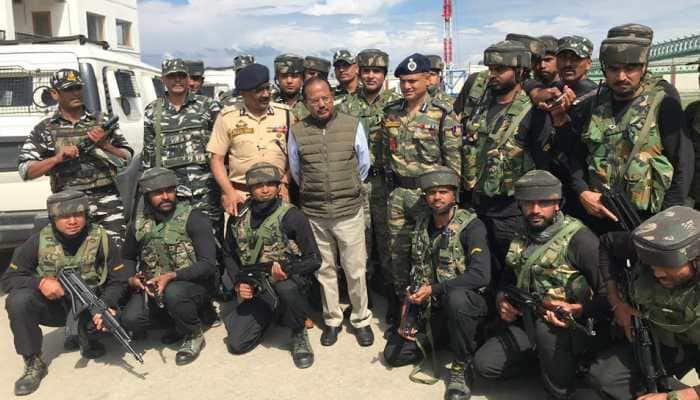 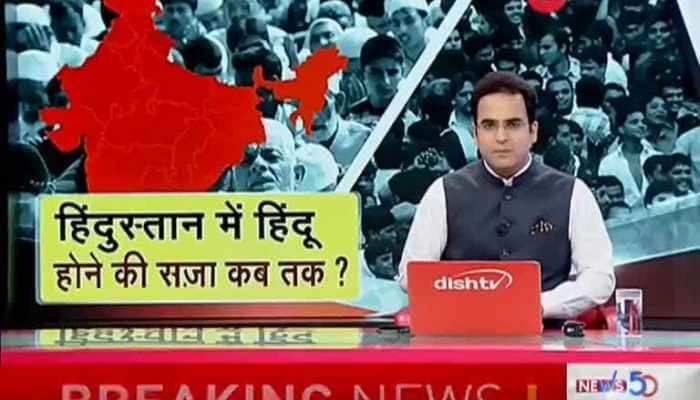 Watch Debate: 68% are Muslim in Kashmir, then how is it minority?

This segment of Zee News brings to you discussion on concurrent issues. Today's topic for debate is - 68% are Muslim in Kashmir, then how is it minority? Watch this video to know more. 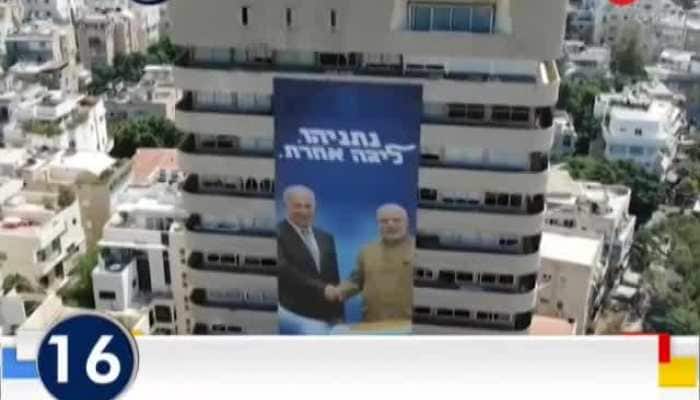 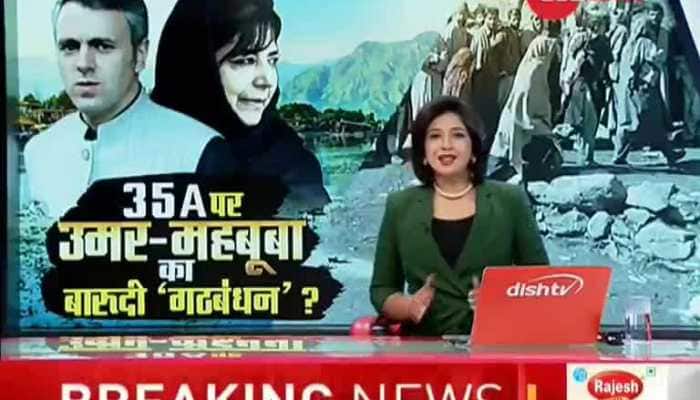 Watch Debate: Keeping the Kashmir separate by the excuse of article 35A?

This segment of Zee News brings to you discussion on concurrent issues. Today's topic for debate is - Keeping the Kashmir separate by the excuse of article 35A? Watch this video to know more. 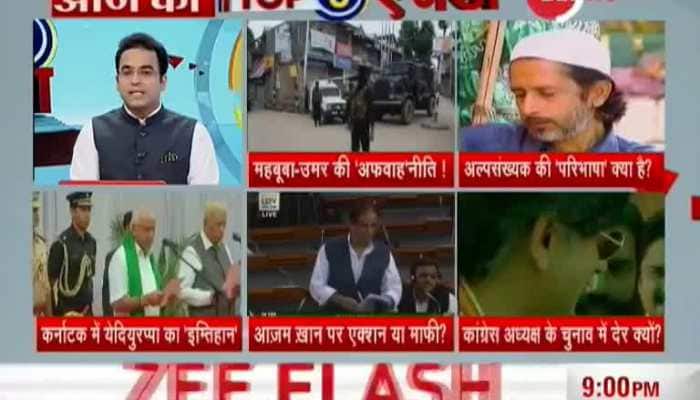 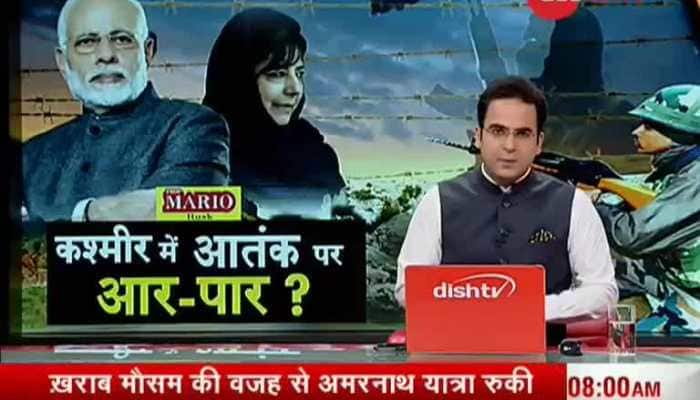 A letter purportedly issued by the office of the Senior Divisional Security Commissioner, Railway Protection Force (RPF), Srinagar, asking employees to stock ration and drinking water, not to keep their families in Kashmir, and to restrict leave due to the “emergency situation” has added to the fear and speculation in the Valley.

The Ministry of Railways immediately “revoked” the letter and said the officer “was not authorised to issue such a letter and did not have the approval of the competent authority to do so either”.

According to a clarification issued by the ministry, the Senior Divisional Security Commissioner of Firozpur Railway Division had proceeded on one-year study leave last week. The officer who issued the letter was “next in line” to occupy that post. 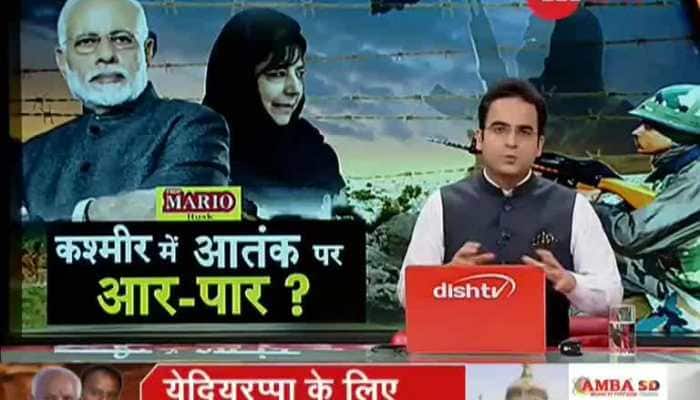 Why it's critical to remove article 35A from J&K?

The Union Home Ministry’s order of rushing 10,000 additional paramilitary personnel to Kashmir followed by a police missive on riot control equipment have amplified apprehensions on the ground about the removal of the Article 35A and Article 370.

Though the Jammu and Kashmir police on Saturday clarified that Centre's decision to deploy additional paramilitary forces in the state was a routine exercise, speculations were rife that the troops were inducted and trained to prepare for a big event after the conclusion of the Amarnath Yatra on 15 August.

New Delhi based news agency IANS quoting top sources in the government even reported on Saturday that the countdown for the removal of the Article 35A in Jammu and Kashmir has started. 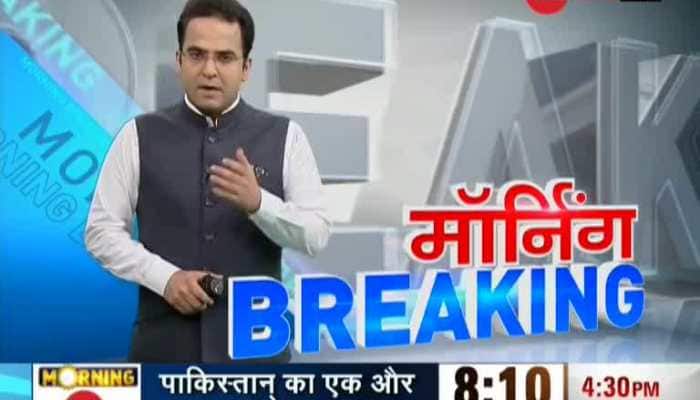 Parties in Jammu & Kashmir warn against fiddling with Article 35A

After PDP leader Mehbooba Mufti, NC leader Omar Abdullah took to Twitter against any attempt to remove Article 35A. 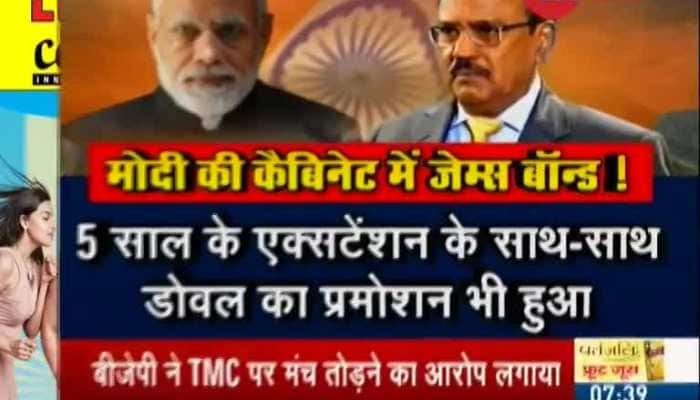 Ajit Doval to continue as NSA, upgraded from Minister of State to Cabinet rank

Ajit Doval will continue as India’s National Security Advisor (NSA) in the second term of the Narendra Modi government. The government has also upgraded him from Minister of State (MoS) rank to a Cabinet position in view of his contribution over the last five years in the security of the country. Watch this video to know more.

GST Council meeting today: Petrol to sell at Rs 75 per litre? Food delivery to get expensive? Here’s what you can expect