West Bengal BJP chief's warning: `If anyone raises Pakistan Zindabad slogans, he will be chopped off by 6 inches` 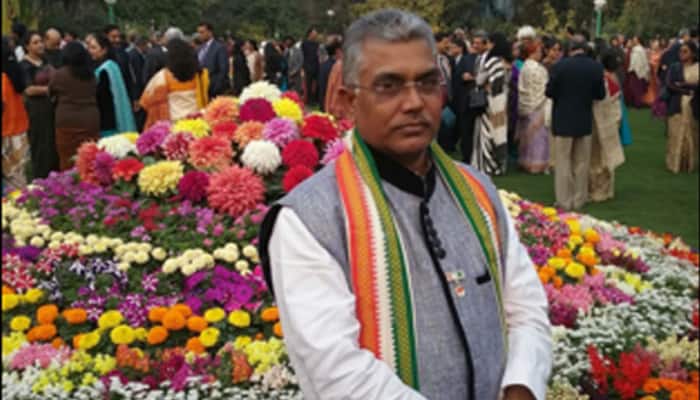 Kolkata: A Bharatiya Janata Party (BJP) leader on Wednesday gave a controversial statement amidst hue and cry over 'anti-national' slogans being raised in the country.

"Anyone who raises slogans of 'Pakistan Zindabad' will be chopped by six inches from top,” Ghosh said while addressing a meeting of party workers at Birbhum, where there were clashes on Tuesday over an "objectionable" post on a social networking website by a student.

A mob allegedly attacked a police station and damaged vehicles in Illambazar and Dubrajpur areas of Birbhum district on March 01.

A crowd had also gheraoed the house of Sujan Mukherjee, who had on Monday night uploaded the post on Facebook.

Meanwhile, Birbhum BJP district committee has distributed a pamphlet, which talked about the violence at Illambazar. It alleged that Muslims had “surrounded the police station”, attacked “bystanders”, government vehicles and torched a number of shops and cars. It further claimed that Hindu houses at Ghurisha were also torched and that the power house at Deborajpur was vandalised.

The pamphlet called for “Hindu unity”, saying that while the BJP is not opposed to “difference of opinions”, they are demanding that Hindus have the right to “live in peace”, “without losing self respect”, “without suffering humiliation and assault”, “without losing safety”, reports The Indian Express.