Darul Uloom Deoband issues fatwa against chanting 'Bharat Mata ki Jai', says there is only one God in Islam 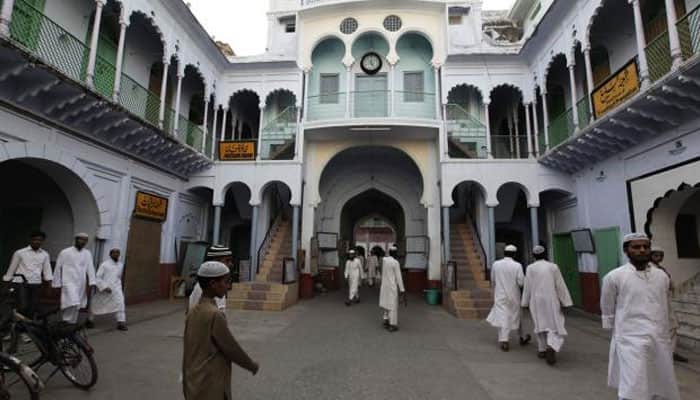 According to media reports, the Islamic seminary said chanting 'Bharat Mata Ki Jai' is restricted as there is only one God in Islam.

''We love the country, but we believe only in one God,'' Darul Uloom Deoband said when it was asked to respond to the ongoing debate on chanting or not chanting ''Bharat Mata Ki Jai''

Interestingly, Darul Uloom Deoband had recently issued a decree asking Muslims to hoist national flag on their houses and establishments on Independence Day.

It had also appealed to them to celebrate the occasion with great spirit of patriotism.

Ashraf Usmani, spokesperson of the seminary said that "in the struggle for India's freedom, the Ulemas (Islamic religious leaders) of Darul Uloom have played prominent roles".

The call for 'Complete Independence' was "given by Darul Uloom", which later turned into the 'Purna Swaraj' movement, he said.

"From Hussain Ahmad Madani to Maulvi Ahmadulla Shah, there is a long series of those freedom fighters who laid their lives for the independence of the mother land," Usmani said.

"Darul Uloom has asked Muslims across the country to hoist the national flag on their houses and other establishments on Independence Day and also to celebrate this day with great spirit of patriotism," he said.

Reacting to the appeal, a spiritual leader of the seminary, Maulana Arshad Qasmi said, "We have advised all madrassas across the country specially to hoist the Tricolour and celebrate Independence Day and teach students about Indian freedom struggle and the country's original spirit of unity in diversity."

New deadly Coronavirus 'NeoCov' found. Know all about it

NCC Event: The country is currently celebrating the Amrit festival of its independence- PM Modi