In a relief for Smriti Irani, the Patiala House Court on Tuesday dismissed the plea to summon the Union Textiles Minister, accused of giving false information about her educational qualifications in three affidavits. 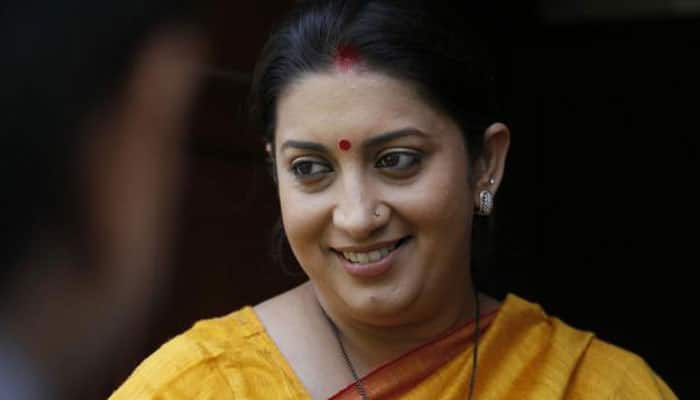 New Delhi: In a relief for Smriti Irani, the Patiala House Court on Tuesday dismissed the plea to summon the Union Textiles Minister, accused of giving false information about her educational qualifications in three affidavits.

The order was passed by Metropolitan Magistrate Harvinder Singh after an Election Commission of India (ECI) official submitted a certificate regarding authentication of the election affidavits filed by the Bharatiya Janata Party (BJP) leader in 2004 election.

In June last year, a case was filed by freelance writer Ahmed Khan, who accused Irani of providing contradictory affidavits about her educational qualifications during different elections.

Khan's counsels KK Manan and Anjali Rajput alleged that the BJP leader declared herself to be a 1996-batch graduate from the Delhi University's School of Correspondence in her affidavit filed for the 2004 Lok Sabha election from Delhi's Chandni Chowk constituency.

But, in her affidavit for the 2014 Lok Sabha election, when she contested from Amethi in Uttar Pradesh, she allegedly said she did her B.Com (Part I) in 1994 from the Delhi University's School of Open Learning.

Khan had alleged that Irani had knowingly furnished misleading information about her qualifications and that a candidate, deliberately giving incorrect details, could be punished under provisions of the IPC and under section 125A of the Representation of the People Act (RPA).

Section 125A of RPA deals with penalty for filing false affidavit and entails a jail term of up to six months or fine or both.

Khan said that in yet another affidavit filed on July 11, 2011, for the Rajya Sabha election from Gujarat, she said her highest educational qualification was B.Com (Part I) from the Delhi University's School of Correspondence.