The first batch of 25 crisis-hit Indian workers who had left for New Delhi from the King Abdulaziz International Airport arrived home on Thursday evening. 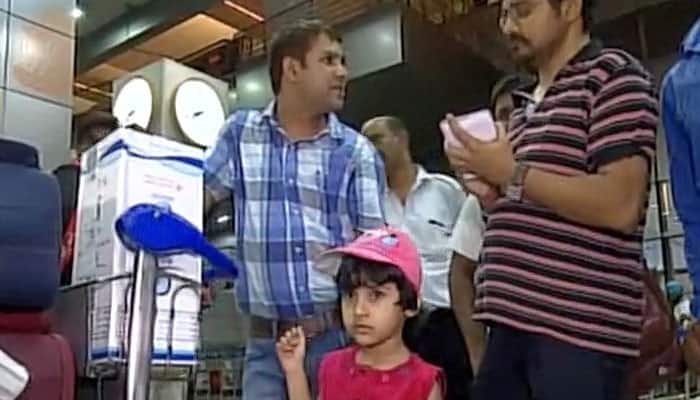 New Delhi: The first batch of 25 crisis-hit Indian workers who had left for New Delhi from the King Abdulaziz International Airport arrived home on Thursday evening.

The development was confirmed by news agency ANI, which a tweeted a picture of the Indian workers after their arrival in Delhi.

The workers, who were brought to the airport in a bus by the Indian consulate, were seen off by Consul General Noor Rahman Sheikh, and senior officials Anand Kumar and M. Fahmi.

The 25 are among the estimated 7,700 workers of the Saudi Oger construction company who hit the headlines when they were affected by financial crisis because of non-payment of salaries and dues, and had to be given food and shelter in some 20 camps.

Their crisis prompted the government to despatch Minister of State for External Affairs V.K. Singh to this country.

The crisis also saw Saudi Arabian King Salman issuing a series of directives to address their problems, and earmarking Saudi Riyal 100 million ($26 million) to address the concerns of the workers and end their suffering.

King Salman also directed the Saudi passport department to facilitate exit visas and other procedures for the distressed workers.

Many of the workers, including Hindus, at the airport on Thursday morning were seen carrying the holy waters of Zamzam in bottles for friends and relatives back home. The Saudi Labour Ministry had announced free passage for workers who were willing to return home.

Though Indian consulate officials have assured the workers that they will pursue financial claims on their behalf, most appeared confused and apprehensive about what lay ahead -- including the onward journey to their states from New Delhi.

"It is saddening to leave Saudi Arabia as I made some money earlier; but now the chances are grim," said Ram Nivas, a plumber from Churu district in Rajasthan.

"Due to non-payment of wages, there was no meaning in continuing the job," said Nasir Raza of Gaya district in Bihar, who had returned to Saudi Arabia only recently after a vacation and is now leaving for good.

"I have full faith in both the governments of Saudi Arabia and India and I have authorised them to collect my pending arrears and send them to me in India," said Musharaf Ali, a driver hailing from Meerut in Uttar Pradesh who has been here for eight years.

"I had heart surgery and the huge expenses were borne by the now ill-fated company. I had enjoyed working there. Though there was the option to seek new employment, I prefer to return home," said Shakir Ahmed, a resident of Patna in Bihar.

"When I arrived three years ago I felt so happy to be part of such a large company, but the situation worsened and it is sad to return home. I love the country," said V. Ram Prasad of Visakhapatnam, Andhra Pradesh.

The lists of workers who are being repatriated at their request are being prepared by Indian diplomats in coordination with Saudi Labour Ministry officials. Many Indian workers are opting to return home, according to sources.