Renowned historian and author Ramachandra Guha on Thursday said that India needs to be more vigilant against the rising Hindu nationalism . 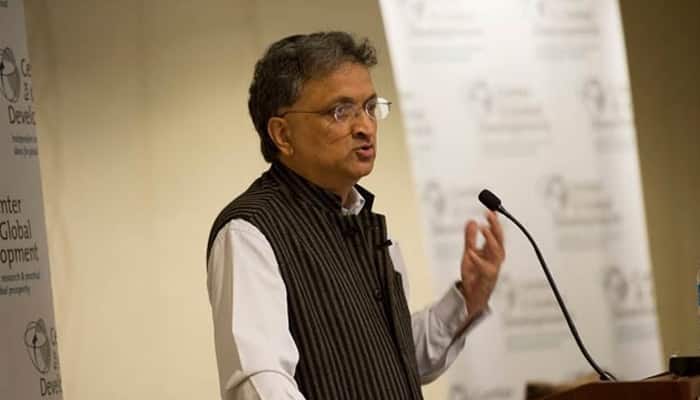 New Delhi: Renowned historian and author Ramachandra Guha on Thursday said that India needs to be more vigilant against the rising Hindu nationalism .

Speaking at the opening session of five-day literary festival `Spring Fever` late on Tuesday here, Guha said the country has witnessed rise in Hindu nationalism post-Partition and during the Ram Janmabhoomi movement.

"The rising of Hindu nationalism in the country is not new. It happened immediately after Partition and during Ram Janmabhoomi movement, and both were orchestrated by the Rashtriya Swayamsevek Sangh (RSS). It has severely affected the secular, cultural and political fabric of the country, and I hope that the situation shouldn`t escalate to that level," said Guha.

Guha also noted that Hindu fundamentalism is more threatening than Islamic terrorism in India. "The reason is within India, Hindus are 85 per cent. I am terrified at the thought of Hindu majoritarianism, because that is what we were not," said Guha, adding that Islamic terrorism is a dangerous phenomenon in the global scenario.

He said that in the current context, however, Hindu fundamentalism was confined to a few states.

"It hasn`t affected states like Karnataka, West Bengal and Maharashtra. However, the trend is worrying in Uttar Pradesh because it is a large state and the stakes are high. And the two most dangerous politicians in India are Amit shah and Azam Khan," he said during the festival hosted by Penguin Random House.

Stressing the need for conservative intellectuals in the country, Guha said the Bharatiya Janata Party (BJP) has failed to produce right-wing intellectuals. Calling the BJP as the most anti-intellectual party, he said that Golwalkar was a garden-variety bigot.

"BJP is the most anti-intellectual party and they failed to produce a single scholar in Gujarat after being in power for many years. You can`t have spokespersons as Anupam Kher, Praveen Togadia or Smriti Irani, who will only drive discourse further into the mud. As long as the RSS has the role in the political dispensation, you will never get right-wing intellectuals, but you get right-wing ideologists," he said, adding that the RSS is a bunch of "low-level ideologues".

"Scholarship has a place in moulding the consciousness of the nation. The tendency to belittle scholars, scholarships and universities is unfortunate. Though one should not exaggerate how widespread it is, what is happening around JNU is worrisome," said Guha, who is the author of books like `India After Gandhi`, `Makers of Modern India`, `Patriots and Partisans` and `Gandhi Before India`.

Referring to the controversy at the Jawaharlal Nehru university, Guha said the situation was not as hopeless as portrayed by media.

"Everyone has their own role. Soldiers have their place and students have their own. The attack on universities is worrisome, but it could be more hopeful, as the interest in books is also increasing. I think media is very Delhi-centric and they tend to distort facts," said Guha, whose new book `Democrats and Dissenters` will hit the stands in October.

The historian also noted that moderation, dialogues, and compromise have sustained the Indian democracy and would continue to do so in the future.

"We need to be moderate, need to look and understand the problem with a sober head, without reaching the conclusion that it`s Hitler and Emergency again," he said. (With agency inputs)