If you have guts, send your suicide bombers to Pakistan: Samajwadi Party to MNS' Raj Thackeray

The MNS workers` association on Friday said they would not allow the release of `Ae Dil Hai Mushqil` and `Raees` as the movies feature Pakistani actors. 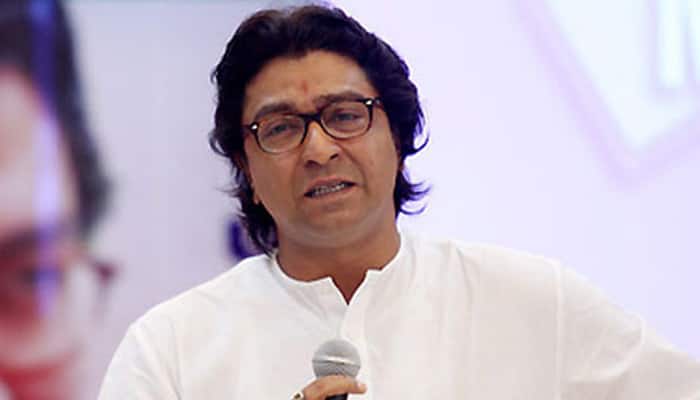 Mumbai: As the Maharashtra Navnirman Sena (MNS) asked actors and artistes from Pakistan to leave India within 48 hours or it would "push them out", the president of the Maharashtra unit of the Samajwadi Party (SP), Abu Azmi, on Saturday dared MNS chief Raj Thackeray to send his suicide bombers to Lahore and Karachi instead of intimidating people coming to India from Pakistan legally with India visas.

"Today, Pakistan is sending suicide squads (fidayeen) to India, if you have the potential and sympathy, then you should also send your suicide bombers to Lahore and Karachi to fight against Pakistan or you should stop intimidating people who have come to India legally on an India visa. Stop fooling around as it will further dent your votebank," Azmi challenged Thackeray.

"Forget about Pakistan, as you (Raj Thackeray) are a small leader and your reach is limited to Maharashtra only. Today Naxals are attacking policemen in Gadchiroli and Chandrapur, and if you are unable to do anything in Karachi and Lahore, then you send your activists in Maharashtra to save our security forces, and then I will understand that you are doing something practical," the Samajwadi Party MLA told ANI.

Accusing the MNS of hooliganism and of breaking the law, Azmi said, "It is true that Pakistani people (terrorists) killed 17 (18) jawans, which had lowered our moral and we should take revenge from Pakistan, but it does not mean that you will threaten artistes and players coming from there."

"If Raj Thackeray has the potential, he should go to Delhi and get the Pakistan Embassy closed, and he should also stop the Indian Embassy in Pakistan from granting visas to people to visit India, and then, I will understand that you have done something."

"But you are threatening those people who have come here on Indian visas so that they come to you and you strike a deal with them, it is nothing but an attempt to make a fool of people. If you have so much pain and you want to push the Pakistani people out, then why only in Mumbai, you should work in the entire country," he added.

The MNS workers` association on Friday said they would not allow the release of `Ae Dil Hai Mushqil` and `Raees` as the movies feature Pakistani actors while giving a 48-hour deadline to the stars from the other side of the border to leave India.

MNS Chitrapat Sena president Amey Khopkar warned Pakistani actors that they would face serious consequences in India if they do not leave the nation within 48 hours.

"We give a 48-hour deadline to Pakistani actors and artists to leave India or the MNS will push them out," said Khopkar.

This comes at a time when tensions between the two Asian neighbours has escalated to a new level post the killing of 18 Army personnel in a dastardly terror attack on an Army base camp in the Uri sector of Jammu and Kashmir`s Baramulla district.

India has blamed Pakistan for the attack as the investigating agencies reportedly recovered weapons and ammunition bearing Pakistani marks from the site.

Pakistan has, however, flatly rejected New Delhi`s claims of involvement in the Uri terror attack stating India has a traditional tendency of pointing fingers at the former whenever a terror attack takes place on Indian soil.