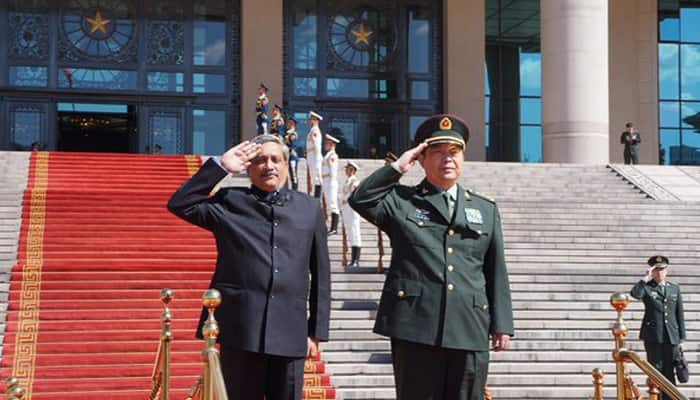 Just before beginning his meeting with Chinese counterpart General Chang Wanquan at the headquarters of the People’s Liberation Army (PLA) here, Parrikar said, “India attaches highest priority to its relations with China and is committed to further developing friendly and cooperative relations.”

Chang, on his part, said Parrikar's visit is likely to improve the “strategic mutual trust between the two armed forces”.

This is the first visit to China by an Indian defence minister in three years - AK Antony had travelled to Beijing in June 2013.

Parrikar's China visit comes in the backdrop of two significant developments: first, China's move to veto at UN India's efforts to ban Jaish-e-Mohammad chief Maulana Masood Azhar, and second, India and the United States moving closer to inking the Logistics Support Agreement (LSA) that will allow militaries of both countries to access each other's facilities.

Twitter buzz over Sushma Swaraj's attire during her Iran visit