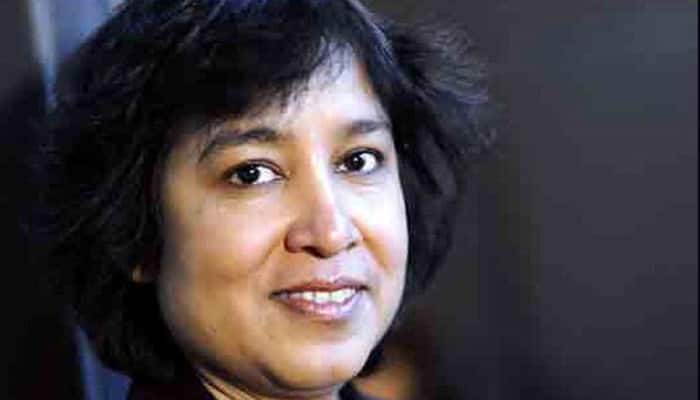 New Delhi: India is a tolerant country with a few intolerant people and it is time to focus not just on Hindu fundamentalists but on Muslim fundamentalists as well, Bangladeshi author has Taslima Nasreen said.

“I think India is a tolerant country, but some people are intolerant. In every society, there are some people who are intolerant,” the self-exiled author said at an event in New Delhi on Saturday, while referring to the recent violence in Malda in West Bengal.

Nasreen said absolute freedom of speech was necessary even if it offended some people.

“I think we should have freedom of expression even if that offends some people. If we do not open our mouths, society will not evolve. Of course, we should fight against misogyny, religious fundamentalism and all kinds of evil forces only to make the society a better one.”

The writer was participating in a discussion on ‘Coming of the Age of Intolerance’ at the ongoing Delhi Literature Festival .

The author had drawn the ire of fundamentalists in Bangladesh for her controversial books like ‘Dwikhandito’ and was forced to leave Bangladesh in 1994 for allegedly hurting religious sentiments with her novel ‘Lajja’.

On the other hand, BJP ideologue and writer Sudheendra Kulkarni said absolute freedom could only be exercised with responsibility.

“There is no freedom whatsoever to show any religion in bad light, knowing that it will hurt sentiments and insult others. I completely disagree that writers should have absolute freedom. Freedom must be exercised with responsibility,” he said.

Kulkarni said India as a country was “essentially tolerant” and that the debate must not be politicised.

“We should neither exaggerate nor belittle the incidents of intolerance. We should never politicise this debate, making it out as if it is between political parties. It is not that intolerance has begun in May 2014 (when the Narendra Modi government came to power),” Kulkarni said.

In September last year, a debate over what many writers said was a “growing climate of intolerance” saw over 40 writers and filmmakers returning their awards to protest the killings of rationalists and writers like Narendra Dabholkar and M.M. Kalburgi and the lynching on a Muslim man in Dadri over suspicion that ate beef.

He also said a certain kind of marginal intolerance has always been present in Indian society and so it was not right to blame “this party or that party” for it.