Innocent Indian women have suffered for long due to the persistent terrorist acts perpetrated by "proxies of Pakistan", India has said while strongly rejecting references by Islamabad to conditions of women in Kashmir. 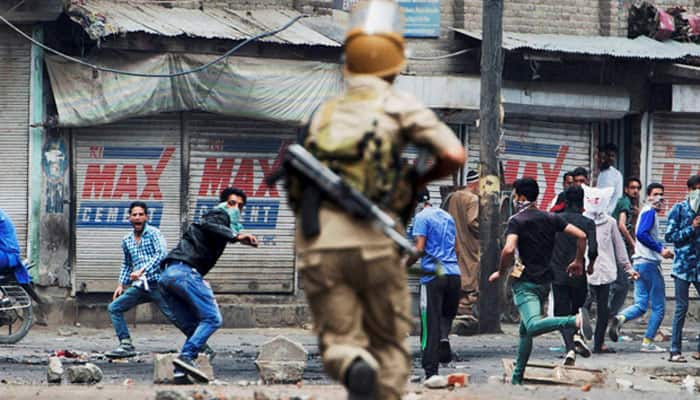 United Nations: Innocent Indian women have suffered for long due to the persistent terrorist acts perpetrated by "proxies of Pakistan", India has said while strongly rejecting references by Islamabad to conditions of women in Kashmir.

Counsellor Mayank Joshi in India's Permanent Mission to the UN here "completely" rejected the "baseless allegations" made by Pakistan about women in Jammu and Kashmir, saying "in fact" it is the innocent Indian women who have for "long suffered due to the persistent terrorist acts perpetrated by proxies of Pakistan."

Joshi exercised India's Right of Reply after Prime Minister Nawaz Sharif's Special Envoy on Kashmir Shezra Mansab Ali Khan referred to the conditions of women in Kashmir during an October 11 session on Advancement of Women in the General Assembly's Third Committee, which focuses on social and humanitarian issues.

Citing the situation in Kashmir, she said "thousands of women have fallen victims to brutal oppression and occupation. Countless others have suffered rape and sexual abuse, the worst and most traumatic form of violence."

Joshi said it is "ironical" that a country that has "institutionalised the oppression" of women in its society including through "medieval draconian laws is making claims about the rights of women in a pluralistic democracy such as India."

He said Pakistan will be well served to "seriously examine" what ails its women and hampers their advancement.

Pakistan has been constantly raising the Kashmir issue at various platforms in the UN, including in the General Assembly and its various committees that deal with diverse issues such as disarmament and decolonisation.

Joshi asserted that India will not respond to the "lies and deceit" Pakistan has been resorting to at the world body to pursue a diplomacy of "hate".

"We are aware of Pakistan's cynical attempts to pursue diplomacy of hate through lies and deceit. We do not intend to further respond to such misguided and futile efforts," he said.

A Pakistani official however again took the floor to exercise the Right of Reply to Joshi's remarks, saying no amount of "obfuscation" could hide the alleged human rights violations in Kashmir.

He said Jammu and Kashmir was an "internationally recognised" dispute and Pakistan rejected "any insinuations to equate the legitimate struggles of the Kashmiri people with acts of terrorism."

Uri attack a case of cross-border terrorism from Pakistan, back India's right to self-defence: US