President Pranab Mukherjee has approved awards of 365 gallantry and other defence decorations to the armed forces personnel and others on the eve of the 67th Republic Day Celebrations. 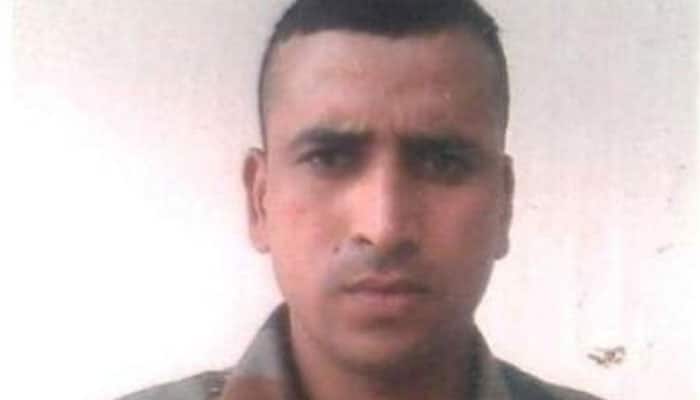 New Delhi: President Pranab Mukherjee has approved awards of 365 gallantry and other defence decorations to the armed forces personnel and others on the eve of the 67th Republic Day Celebrations.

The nation's highest peacetime gallantry award Ashoka Chakra has been awarded posthumously to 13625566W Lance Naik Mohan Nath Goswami of 9 Para (Special Forces)/6th Battalion of the Rashtriya Rifles for his acts of most conspicuous gallantry.

On the intervening night of 02/03 September 2015 Lance Naik Mohan Nath Goswami was part of an ambush in Haphruda forest at Kupwara district of Jammu and Kashmir.

At about 20:15hrs, there was a fierce encounter with four terrorists wherein two of his comrades were injured and pinned down. Lance Naik Mohan along with his buddy dashed forward to rescue their injured colleagues, knowing well the risks to their own lives.

He first assisted in eliminating one terrorist. Sensing grave danger to three of his wounded colleagues, Lance Naik Mohan with utter disregard to his own personal safety, charged at the remaining terrorists drawing intense fire from them. He was hit in the thigh. Unmindful, he closed in and eliminated one terrorist, injured another and was again shot in the abdomen.

Undeterred by his injuries, he hurled himself on the last terrorist and killed him at point blank range before succumbing to his wounds. Lance Naik Mohan not only killed two terrorists, but also assisted in neutralizing the other two and save the lives of three of his wounded colleagues.

Thus, Lance Naik Mohan Nath Goswami exhibited most conspicuous gallantry in personally eliminating two terrorists and assisting in evacuation of his wounded colleagues and made supreme sacrifice in the highest traditions of the Indian Army.