It is believed that Mohammed Sajid who belonged to the Azamgarh module of the Indian Mujahideen (IM) had escaped to Nepal en route to Dubai. 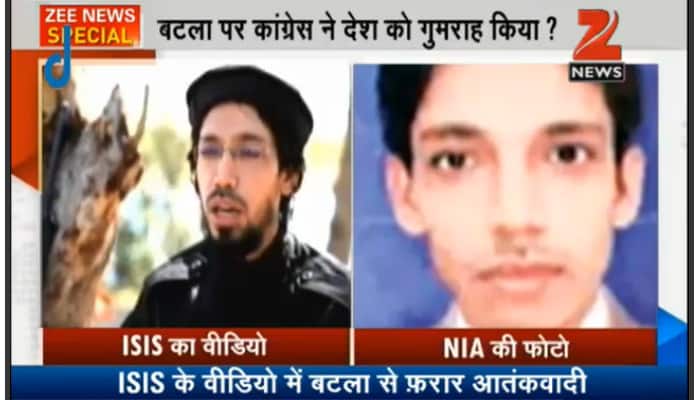 New Delhi: A suspected terrorist who slipped minutes before the Delhi Police raided south Delhi’s Batla House in 2008 could be one of the five fugitives who featured in an alleged ISIS propaganda video, said a report on Tuesday.

According to the report, Mohammed Sajid alias Bada Sajid is one of the five persons who allegedly featured in the 22-minute video posted by the Islamic State recently.

It is believed that Sajid who belonged to the Azamgarh module of the Indian Mujahideen (IM) had escaped to Nepal enroute to Dubai.

Till now the NIA officials believed that Sajid had died in a US raid nearly ten months ago.

This has led to the suspicion that the ISIS video could be ten months or even more than a year old.

The report further claims that the identities of four Indian jihadists featured in the video have also been established.

While two of them are believed to be associated with the Azamgarh module of IM, the other two are said to be belonging to the Kalyan module, claims report.

The others shown in the video have been identified as Abu Rashid alias 'Danda' of Sanjarpur village in Azamgarh village in Uttar Pradesh, the third jihadist is Rehman, said to be hailing from Hyderabad and believed to have gone underground while in the US.

Rehman is shown speaking in accented English in the ISIS video and exhorting engineers and doctors to migrate to Syria.

Sheikh, believed to be an engineering student, left for Syria along with three others in 2014 to join the ISIS.

Jihadist groups, often suspected of having links with global terror groups, have in the past threatened to mount attacks in the country to avenge the Batla House encounter by the Special Cell of the Delhi Police.

The NIA officials are now trying to establish contacts with their families to ascertain their links with the ISIS.

Shocking! Four out of five women are harassed in public places in India, finds survey