'Modi Jacket', a half sleeve coat often worn by Prime Minister Narendra Modi, has become "very popular" among the people in India as well as in some foreign countries, Union Minister Kalraj Mishra said on Monday. 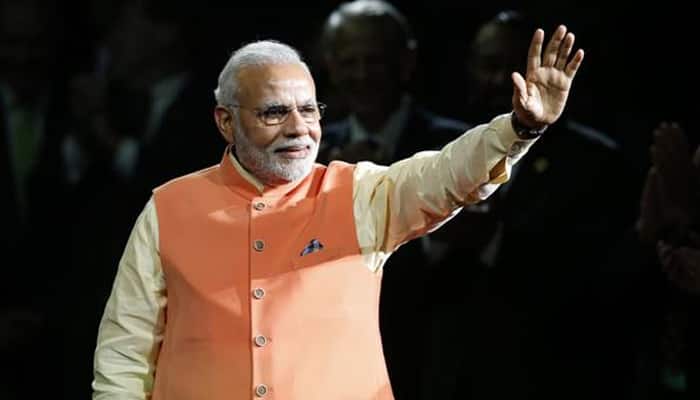 New Delhi: 'Modi Jacket', a half sleeve coat often worn by Prime Minister Narendra Modi, has become "very popular" among the people in India as well as in some foreign countries, Union Minister Kalraj Mishra said on Monday.

Mishra, Union Minister for Micro, Small and Medium Enterprises, said in Lok Sabha that there was a time when 'Jawahar Jacket, worn by former Prime Minister Jawaharlal Nehru, was very popular in India.

"Now, the Modi Jacket has become very popular among a cross section of people. Modi Jacket is popular even in foreign countries. Recently, Japanese Prime Minister (Shinzo Abe) had worn a Modi Jacket," he said during Question Hour.

Mishra said government has taken a number of steps to promote and popularise Khadi among people.

In reply to a written question, the Minister said the Khadi and Village Industries Commission (KVIC) was set up in 1956 for the development of Khadi and village industries and for matters connected therewith.

KVIC extends financial support for creation of employment opportunities and for marketing of products of khadi and village industries.

There were 7050 outlets of Khadi institutions, seven departmental Khadi gramodyog bhavans and one Gramshilpa, he said adding that during 2014-15, Rs 12,513.72 crore worth of products were sold through Khadi stores.

Mishra said to renovate the outlets and strengthen the production infrastructure, government has a separate scheme called 'Strengthening of Infrastructure of Existing Weak Khadi Institutions and Assistance for Marketing Infrastructure'.