The Border Security Forces have detected a tunnel from Pakistan opening at the Indian side of the border in RS Pura sector of Jammu district. 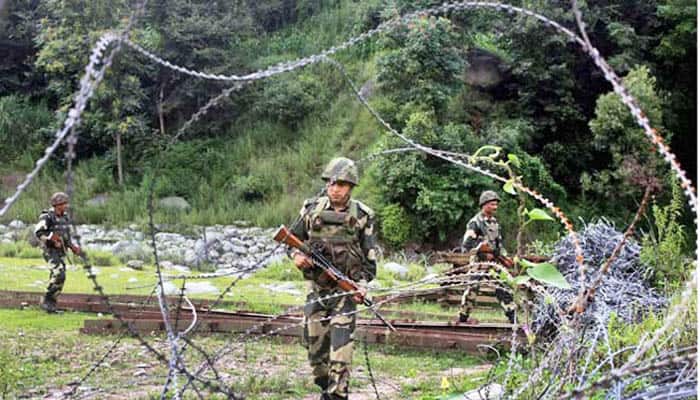 Jammu: The Border Security Forces have detected a tunnel from Pakistan opening at the Indian side of the border in RS Pura sector of Jammu district.

The BSF foiled the infiltration bid by unearthing a tunnel approaching Indian side near Nikki Tawi river in Jammu sector.

IG BSF Jammu Frontier Rakesh Sharma told ANI, "After examination we found, it was attempt to dig a tunnel from Pakistan side towards India with aim to push armed terrorists in Jammu."

This is the fourth tunnel unearthed by the BSF in the region since 2012.

"We were carrying out our regular clearing operations, done monthly, when we found a well-constructed tunnel," he said, adding that it was being dug out with JCB.

"We were suspecting some activities across the border. There were late night movements. People used to come late in night to the post across".

The tunnel is approximately 10 feet below the ground and has a length of 30 metres from their end to this side, he said.

"But it was blocked on our side. It was dead end. It had no exit as they could not complete it further. It came close to the border fencing," the officer said.

"One person can sit and easily move inside the tunnel which has came up in the vicinity of Allah-Mai-Di-Kothi BoP of ours from Pakistan Post of Afzal, he said, adding that a probe was on.

Earlier, BSF had detected a 400-metre long cross-border tunnel along the International Border in July 2012 in Samba sector.

In May 2014, it found a caved-in portion of the tunnel in Chillyari border belt in Samba district, which was found 23 metres inside the Indian territory.

Another tunnel was discovered in August 2014, which was approximately 130 to 150 metres in length along the Line of Control (LoC) and originated on the Pakistan side, near a forward post along Indo-Pak border in Jammu region's sensitive Pallanwala sector.

The BSF, in a statement in Delhi, said the force is already on high alert on western borders and is working proactively to thwart any misadventure by anti-national elements.

After a detailed vulnerability analysis, the sensitive regions have been mapped yet again and special measures are now in place to counter any security threats.

"Efforts are on to check the complete layout and design of the tunnel. Senior officers are camping on the place of detection," it added.