Prostitution is the business or practice of engaging in sexual relations in exchange for payment or some other benefits. Prostitution is sometimes described as commercial sex or hooking. Depending on the jurisdiction, prostitution can be called as legal or illegal. 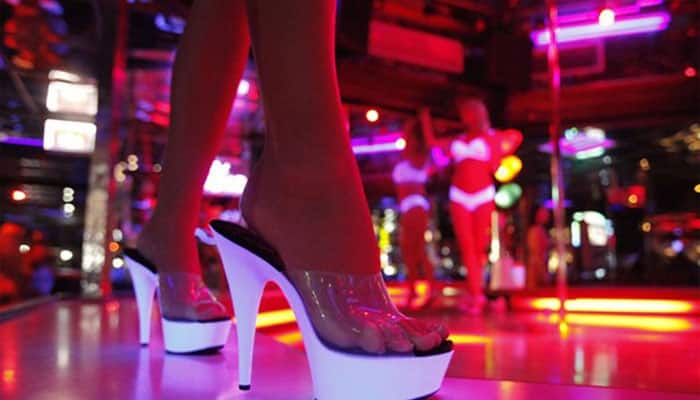 New Delhi: Prostitution is the business or practice of engaging in sexual relations in exchange for payment or some other benefits. Prostitution is sometimes described as commercial sex or hooking. Depending on the jurisdiction, prostitution can be called as legal or illegal.

Recently, Havocscope Research Institute researched and published a report of flourishing sex trade from almost all the major countries of the world. According to these data, several countries, including India, has biggest sex industries in the world.

These markets are those areas mainly focusing on the sex industry such as prostitution, sex shops and strip clubs.

According to the report, China has the world's largest den of prostitution and is the top producer of sex toys in the world. As per the data, At least 70% of the world's sex toys are being manufactured there. The sex toy industry in the country is estimated at US $ 2 billion, with over 1,000 manufacturers nationwide.

Interestingly, the country's sex industry operates entirely underground, because the Communist Party-led government bans any kind of sex trade. According to the Havocscope Research Institute survey, the prostitution in China has become a USD 73 million a year illegal industry.

The Havocscope Research Institute report has placed the prostitution market in Spain on second place in the list with a 26.5 billion industry here.

Prostitution in Spain is not addressed by any specific law, but a number of activities related to it, such as pimping, are illegal.

Japan comes third in the list. Prostitution in Japan has existed throughout the country's history.

Liberal interpretations of the law, and loose enforcement have allowed the sex industry in Japan to propser and earn an estimated $ 24 billion a year.

Though prostitution in South Korea is illegal, Havocscope Research Institute survey has some other story to tell. According to it, sex trade in Korea has estimated to amount to $ 12 billion, roughly 1.6% of the nation's gross domestic product.

The United States, the most powerful nation in the world, is also a major stronghold of the sex industry. As per the survey, sex trade in the US is a $ 14.6 billion industry.

It is to be noted that prostitution is legal in the US.

India has been placed seventh in the Havocscope Research Institute's list of the major bases of prostitution. The survey found that India has a 8.2 billion dollars sex trade industry.

In India, prostitution i.e. the exchange of sexual services for money is legal, but a number of related activities, including soliciting in a public place, kerb crawling, owning or managing a brothel, prostitution in a hotel, pimping and pandering, are crimes.

Prostitution is legal only if carried out in private residence of a prostitute or others.