At least 24 trains were delayed and 5 others were rescheduled on Monday as dense fog blanketed Delhi-NCR and other parts of north India. 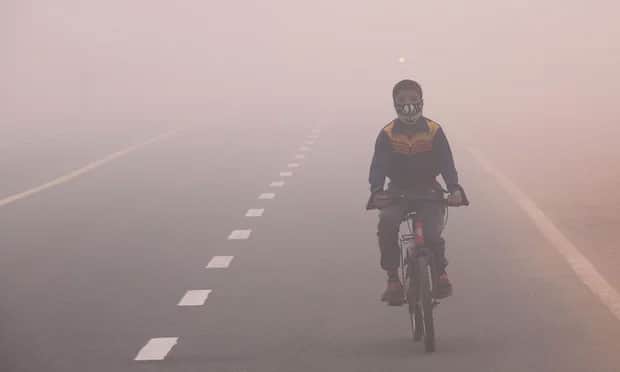 New Delhi: At least 24 trains were delayed and 5 others were rescheduled on Monday as dense fog blanketed Delhi-NCR and other parts of north India.

According to reports, one train was cancelled due to extreme weather conditions.

News agency ANI reported that 24 trains were running late, 5 rescheduled and 1 cancelled due to foggy weather.

According to the Delhi International Airport Limited, which manages operations at the Indira Gandhi International airport in Delhi, 6 international and 8 domestic flights to and from Delhi were delayed following poor visibility caused due to foggy weather.

There was shallow fog on Sunday morning.

The minimum temperature was recorded at 7.2 degree Celsius, a notch below the season's average.
Srinagar records season's coldest night

Meanwhile, Srinagar recorded the season's coldest night so far as the minimum temperature dropped to minus 4.9 degrees Celsius on Sunday.

The 40-day-long period of extreme cold known as the "Chillai Kalan" begins in the Valley from December 21.

This is what PM Narendra Modi's wife Jashodaben thinks about demonetisation