Will install Gauri-Ganesh in every mosque, says Yogi Adityanath

BJP’s firebrand MP from Gorakhpur Yogi Adityanath has triggered a fresh controversy by saying that he will install idols of Gauri-Ganesh in every mosque, if given a chance. 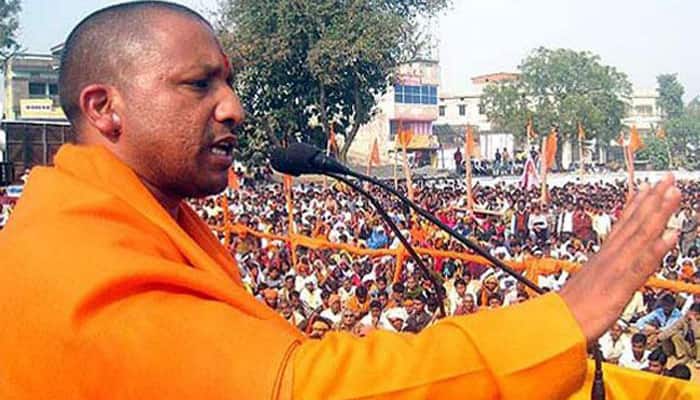 New Delhi/Varanasi: BJP’s firebrand MP from Gorakhpur Yogi Adityanath has triggered a fresh controversy by saying that he will install idols of Gauri-Ganesh in every mosque, if given a chance.

Referring to the Gyanvapi mosque which was contsructed by Mughal Emperor Aurangzeb after he demolished the original Kashi Vishwanath temple, Adityanath said, “Has it happened anywhere in the world that Gauri and Ganesh are inside a mosque? When Hindu samaj goes for darshan of Vishwanath then Gyanvapi mosque taunts us. If that’s how it is, give us permission, we will install Gauri, Ganesh and Nandi in every mosque.”

“Everyone can come to Kashi but only Muslims are allowed in Mecca and Medina,” Adityanath said, adding, “This is the century of Hindutva, not just in India but in the entire world.”

The controversial MP also justified ‘Ghar Wapasi’ and questioned the ‘secular’ brigade, saying, “When missionaries carry out conversion by alluring innocent tribal people and dalits in the name of service to humanity why secular do forces keep quiet?”

On Barack Obama’s statement that acts of intolerance in India would have Mahatma Gandhi, Adityanath said that instead of preaching India, the US President should take note of racial conflict in his country.

Adityanath’s comments in Varanasi comes days after he had criticised the "politics of appeasement", saying his vision for inclusive growth means equal rights for the majority Hindu community as well as for the minorities.

"Inclusive growth means where a graveyard as well as a crematorium gets money. A Muslim's daughter gets scholarship as well as a Hindu's daughter. Where madrasas get grants and also Sanskrit schools. My 'sabka saath, sabka vikaas' involves no appeasement politics," the MP said while campaigning for the BJP in the recently concluded assembly polls in Delhi.

Both Sadhvi and Maharaj had to apologise in Parliament for their controversial remarks, this after Prime Minister ticked off BJP MPs and asked them to desist from making such statements and asked them not to cross the ‘Lakshman Rekha’.

Watch - This is the century of Hindutva: Yogi Adityanath