The AOL has deposited Rs 25 lakhs today and the balance Rs 4.75 crores will be paid within three weeks. 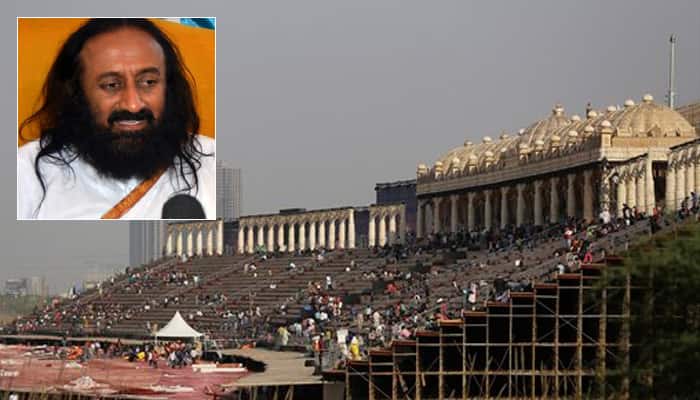 New Delhi: In a breather for the Art of Living (AOL) Foundation, the National Green Tribunal (NGT) on Friday granted the organisation run by Sri Sri Ravi Shankar three weeks' time to pay in full Rs 5 crore fine imposed on it for organising the World Culture Festival on the flood plain of river Yamuna.

The AOL has deposited Rs 25 lakhs today and the balance Rs 4.75 crores will be paid within three weeks.

The AOL had earlier been directed by the NGT to submit the fine with the Delhi Development Authority (DDA) by 5 pm today.

Hearing an application filed by the AOL, the tribunal accepted its undertaking that it will not be able to pay the full fine by 5 pm today.

In its application, the AOL had said that it is a charitable organisation and it is difficult for it to generate Rs 5 crores in a short period.

The AOL agreed to deposit Rs 25 lakhs today itself and the balance amount within the stipulated time when asked by the NGT if a part of the penalty could be paid today as it “environment compensation”.

“How much money can you deposit today? It's not a penalty but environment compensation,” the NGT asked the AOL.

The AOL had earlier said that the amount required to be paid by it should not be taken as penalty but as environment compensation for biodiversity park to be built on the site of the festival.

The NGT had earlier today said that if the AOL failed to pay Rs 25 lakhs today, then the grant of Rs 2.5 crore released to the foundation by the Culture Ministry will be attached.

The NGT today took a strong exception to Sri Sri Ravi Shankar's remarks made yesterday that he will not pay the fine and was ready to go to jail.

“Is it correct you made a statement that you will not pay the Rs 5 crore fine and rather go to jail?” the NGT asked.

“Do not make the tribunal a subject of controversy,” it said, warning, “If anybody hurts the image of the tribunal, we will take it to a logical conclusion as per rule of law.”

“When a person of that stature (Ravi Shankar) makes such statements, it hits rule of law,” the tribunal said.

The NGT had imposed the fine on AOL on Wednesday while giving it the permission to hold the mega festival on the Yamuna flood plain.

On Thursday morning, the NGT had said that if the AOL fails to submit the fine of Rs 5 crore with the Delhi Development Authority by 4 pm, it may cancel the permission.

However, the tribunal, in the evening, had extended the deadline for AOL to pay the fine till 5 pm today.

It may be noted that the event will kick-off at 5 pm today with Prime Minister Narendra Modi attending the inauguration.

Meanwhile, the tribunal pulled up the Ministry of Water Resources for not doing anything to protect Yamuna from pollution despite several directions.

It said all authorities have to ensure no pollution is spread in the Yamuna.