Jammu and Kashmir's Handwara continues to remain tense over a molestation case. 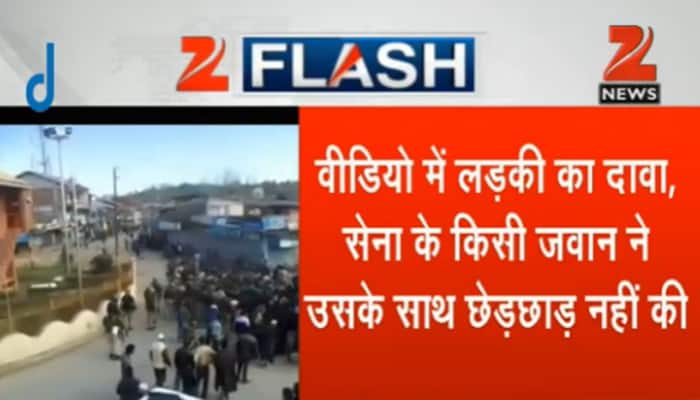 Srinagar: As Jammu and Kashmir's Handwara continues to remain tense over a molestation case, the Indian Army on Wednesday released a video, in which the 'victim' has denied molestation bid by any security personnel.

In the footage, the girl is seen completely rejecting the reports of being molested by any soldier. She however, claimed to have been harassed by some locals.

Narrating the whole incident, the girl claimed, she went to relieve herself near an Army bunker and when she came out she was slapped by a youth, who was accompanied by few others.

The girl has further alleged that the youths misbehaved with her and accused her of being with an Army soldier inside the toilet. She completely denied being with any security official.

The girl said she could identify the locals who harassed her.

The Army has said it has not filmed the video. According to a NDTV report, the girl's statement was recorded on a mobile phone, when she was taken away by the police.

Zee Media takes no responsibility regarding the veracity of the video.

Meanwhile, commenting after the release of the video footage, Defence ministry spokesperson Lt Col NN Joshi said that the girl statement proves that she wasn't molested by any personnel and the whole incident was a malafide intention to malign the Army.

Huge protests erupted on Tuesday after locals alleged that a girl had been molested by an Army soldier in the town. Public in large numbers gathered and attacked the Army bunker in Handwara chowk. They assaulted the personnel deployed there, ransacked the bunker and attempted to set fire to the bunker.

Army has ordered an enquiry into the incident and assured that anybody found guilty will be dealt with as per the law.

Mufti said she had a word with Army Chief Dalbir Singh Suhag and Defence Minister Manohar Parrikar and both have assured her of fair probe and strict action against the guilty.