An expert panel inventorying assets at Kerala’s famous Padmanabhaswamy Temple has approached the apex court for permission to open a hitherto-untouched vault. 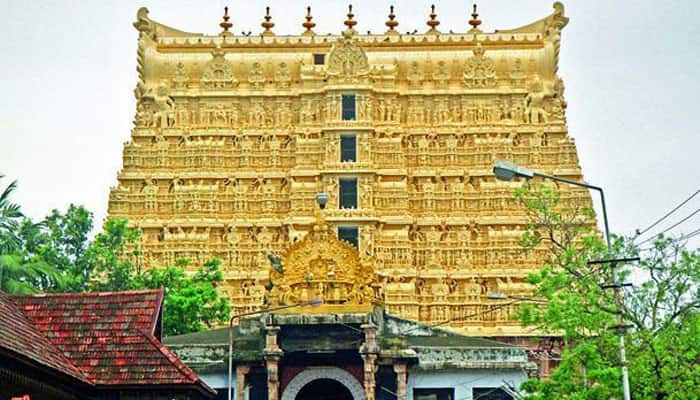 Thiruvananthapuram: In a move that could trigger a controversy, an expert panel inventorying assets at Kerala’s famous Padmanabhaswamy Temple has approached the apex court for permission to open a hitherto-untouched vault, as per a report in Hindustan Times.

The 16th century temple used to be the royal chapel of Travancore’s former rulers.

The temple contains six chambers buried under its sanctum sanctorum.

While two of them are opened during daily rituals, the other two are opened every six months.

The remaining two – A and B – are secret vaults.

It hit headlines some five years ago when one of its six vaults (later coded as ‘A’) was opened.

Tones of gold coins, jewellery and diamonds was unearthed in the temple which is situated in Thiruvananthapuram.

The temple has been at the centre of a debate on how the treasure could be utilised.

The Supreme Court had in 2011 deferred the opening of the top secret B vault.

They had said that the vault could not be opened until the expert panel it set up finished inventorying other vaults.

The panel had been set up under Velayudhan Nair, former head of the National Museum’s conservation department.

The Daily said that the task had now been completed.

The report also added that the Travancore royal family along with a section of devotees and the shrine’s administration opposed the opening of the B-vault.

The family runs the temple and supposedly conducted an astrological examination (‘Devaprasnam’ to know the mood of the deity).

Not only this, the court was then informed that the opening of vault was against tradition.

At the same time they said that it would invite God's anger.

However, the apex court refused to buy the argument.

This had been said by former chief government auditor Vinod Rai in his audit report submitted to the apex court.

The highlight of the report had revealed that out of the 893 kg gold that was given out for various works, only 627 kg had been returned to the temple, as per PTI.

Rai was asked by the SC to conduct an audit of the temple`s books and accounts.

It was in July 2011 that an apex court committee stumbled upon six vaults in the temple and with just vault B left to be opened, the treasure that has been found in the other five vaults have been estimated to be valued more than Rs.100,000 crore.