The rains which were expected to be a godsend for the drought-prone Bundelkhand now threaten to be a calamity, according to the farmers. 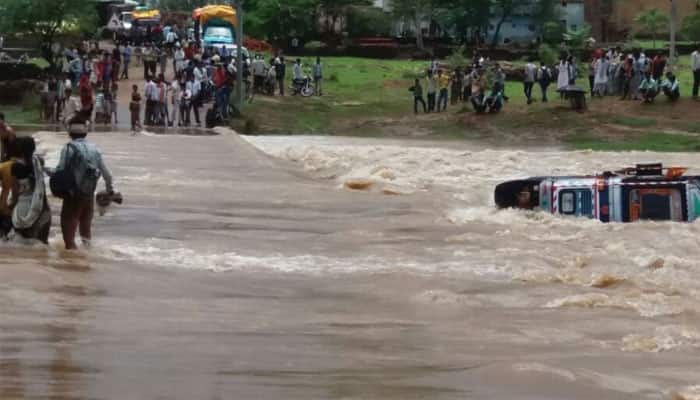 Bhopal: Heavy rains since Tuesday have swamped about 3.25 lakh hectares of farmland in the long suffering Bundelkhand region of Madhya Pradesh with little chance that newly-sown Soybean and Urad crops will survive the waterlogging, an official said here on Friday.

The rains which were expected to be a godsend for the drought-prone Bundelkhand now threaten to be a calamity, according to the farmers.

"The seed had already germinated in some areas. Now heavy rains threaten to destroy the seeds and seedlings. If fields continue to be waterlogged for a few more days, the seeds will not survive," Kori said.

According to official data, the five Bundelkhand districts had received 142 milli metre (mm) of rain on average from June 1 to July 4, but were virtually inundated in the next three days, getting 315 mm over July 5 to 7.

That is, the average rains in the five districts -- of the sixth Bundelkhand districts that lie in Madhya Pradesh, excluding Datia -- from June 1 to July 7 amount to 457 mm.

The National Convenor of Jal-Jan Jodo Abhiyan, a water conservation campaign, Sanjay Singh, said the long term average of rains in Bundelkhand is 900 mm over the four months of Monsoons.

"That means each month`s average share is 225 mm, which is great for agriculture. This time over 300 mm has fallen in just three days, virtually destroying the seeds," Sanjay Singh said.

After three years of drought that destroyed agriculture in Bundelkhand, the farmers had somehow cultivated their fields with great hopes only to be let down by rains this time, he said.

Ashok Kumar, a cultivator in Sewar village in Chhatarpur district, said he and his family has 20 acres of land which they had planted with Soybean and Urad.

"The whole field is now waterlogged and the seeds have been washed off," he said.

Ram Videsh of Nayagaon and Jaleel of Panya village in the same district, who both planted Soybean and Urad in their fields, have the same story to tell.

In fact, Panna district has also suffered leakage from two dams, causing even more damage to the farmland.