The priority of the government will be improving the condition of Zilla Prishad schools and nights schools says Prakash Javadekar. 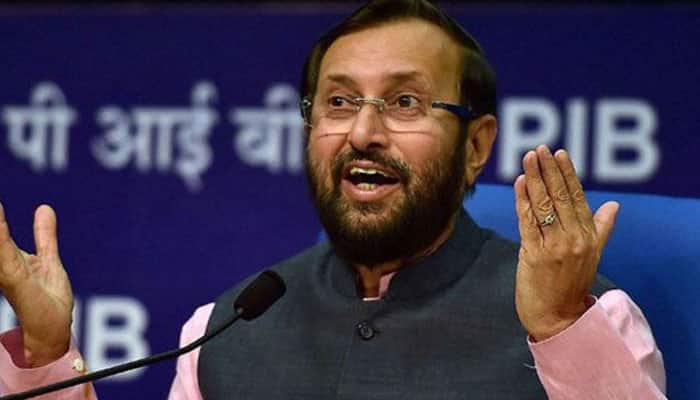 Mumbai: The priority of the government will be improving the condition of Zilla Prishad schools and nights schools, Union Minister for Human Resource Development Prakash Javadekar has said.

Javadekar, who recently assumed charge as the HRD Minister, visited Gopal Krishna Gokhale Night School at Dadar in Mumbai last evening and interacted with the students.

"Education is essential for upliftment, I sincerely salute the spirit of these poor students, who are pursuing an education in night schools after putting in 8-10 hours of hard work during the day," the minister said.

He said education should be inclusive and no one should be left behind.

Night schools are among important institutions making education inclusive and the government's top priority will be to improve the condition of night schools and Zilla Parishad schools.

"After meeting you, my will to work for you has strengthened. PM Narendra Modi says work for the Dalits, the underprivileged and backward classes. We will study the problems of night schools and will do whatever is possible for them," Javadekar said.

He said that since he himself has studied in a Zilla Parishad school, he is in a good position to understand their problems and challenges.

The minster assured the students and teachers he would ask Maharashtra Education Minister Vinod Tawde to do his best to improve the infrastructure in night schools and municipal schools.

School authorities told the minister that they have been having 100 per cent result for the last four years.

Mumbai, the country's commercial capital, has a well-developed infrastructure of night schools, where over 15,000 students, aged 15 and above, are enrolled for class VIII upwards.

The city also boasts of many success stories in the form of night school students who went on to succeed as entrepreneurs, particularly in the hotel business.