When asked “In your opinion who would be best Prime Minister..?”, as many as 46.1 percent respondents voted for Narendra Modi while 21.2 percent voted for Rahul Gandhi.
In case of Jammu & Kashmir there very few voters (6.7 percent) who indicated their preference for Narendra Modi as prime minister. Similar was the case for Kerala (12.8 percent). 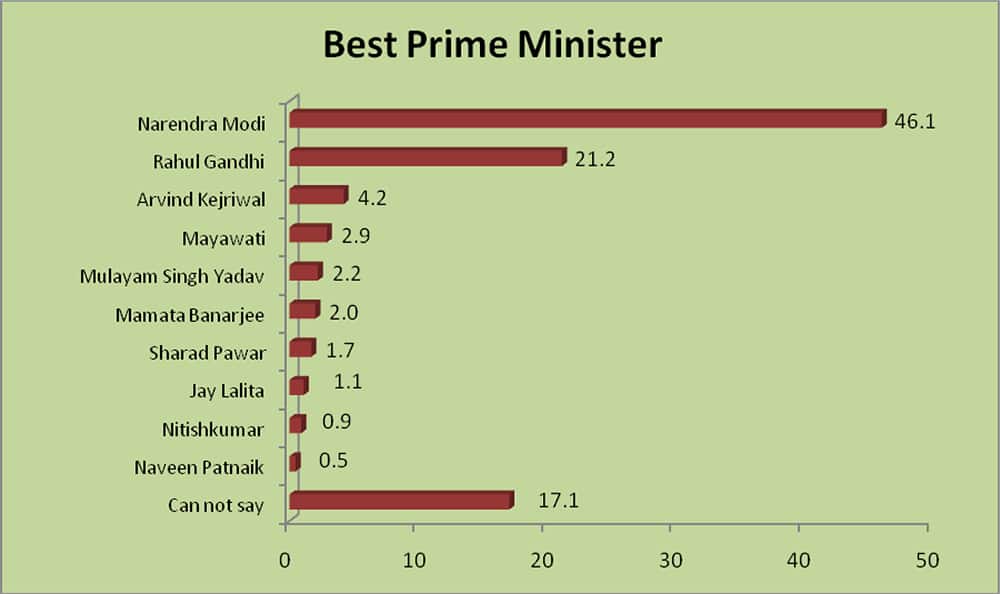 The voters were asked “BJP would get more votes if Narendra Modi was not declared as a Prime Ministerial candidate”. Surprisingly, only about one-fourth or 25.8 percent voters thought so, whereas 34.6 percent voters did not think so. Four out of ten or 39.6 percent responded “Can’t say” thereby indicating that Narendra Modi’s candidature for the prime minister`s post would not affect the voting pattern of Muslim voters. 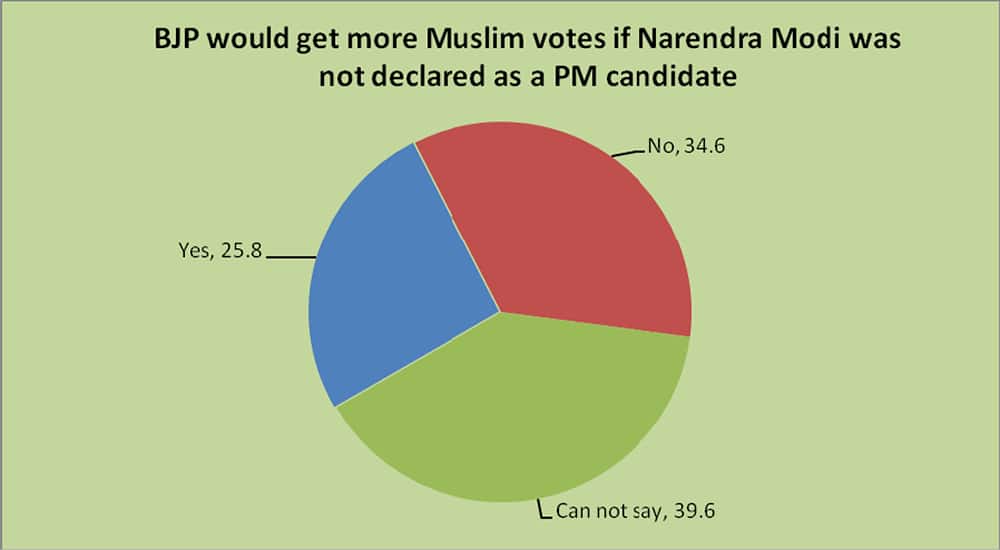 BJP Option for Prime Minister If Not Narendra Modi 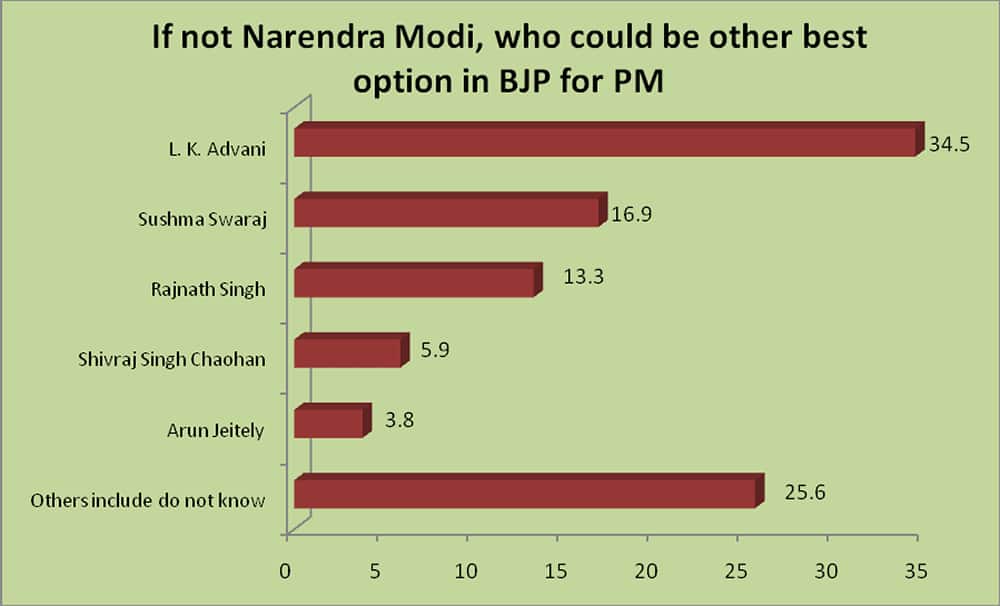