The IRNSS-1G, on board PSLV-C33, lifted off from first launch pad of Satish Dhawan Space Centre at Sriharikota at 12.50 p.m. today. 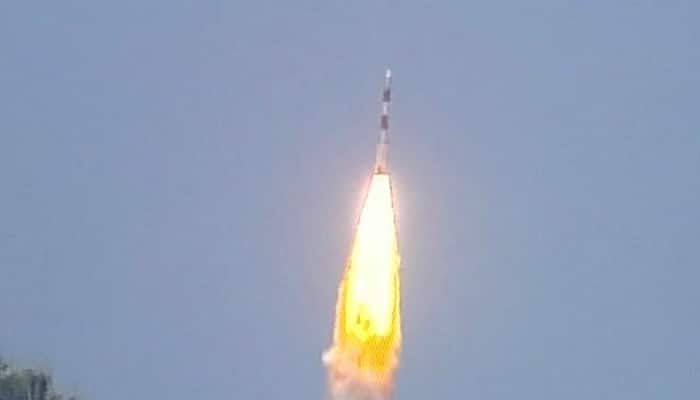 With today's successful launch of the IRNSS-1G, the seventh and last in the constellation of satellites that make up the system, the country completed its landmark mission for a regional navigational system on par with US-based GPS.

At 12.50 p.m. today, the IRNSS-1G, on board PSLV-C33, blasted off from first launch pad of Satish Dhawan Space Centre at Sriharikota.

About 20 minutes into the flight, the PSLV rocket ejected the IRNSS-1F into the orbit at an altitude of 488.9 km.

The satellite with a design life span of 12 years has two payloads for navigation and ranging.

Apart from the civilian usage, the Indian Regional Navigation Satellite System comprising seven satellites will be used for defence purposes as well.

Earlier, India has launched six regional navigational satellites (IRNSS-1A, 1B, 1C, ID,1E and 1F) as part of a constellation of seven satellites to provide accurate position information service to users across the country and the region, extending up to an area of 1,500 km.

India now joins the elite group of countries which have their own navigation system technology to cater to the mammoth navigational needs.