Space lover? NASA's asking for your artwork to be sent to an asteroid!

This US mission includes collecting a sample of an asteroid and return it to Earth for study and it will be the first of its kind. 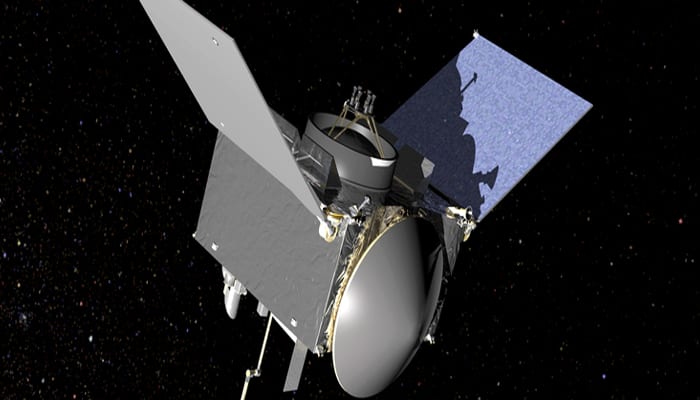 New Delhi: If you're a space enthusiast and an art lover, then this one's for you! US space agency NASA is giving an opportunity to all space aficionados to send in their artistic endeavours, which will be sent on a journey aboard NASA's Origins, Spectral Interpretation, Resource Identification, Security-Regolith Explorer (OSIRIS-REx) spacecraft.

This US mission includes collecting a sample of an asteroid and return it to Earth for study and it will be the first of its kind.

Scheduled to launch in September, the OSIRIS-REx will travel to asteroid Bennu. The campaign has been suitably named #WeTheExplorers and invites the public to take part in this mission by expressing, through art, how the mission’s spirit of exploration is reflected in their own lives.

But, what's the point of sending artwork to an asteroid? What purpose does it serve? We're sure this is one question that will be on your mind. Well, this is where it gets interesting. All the submitted works of art will be saved on a chip on the spacecraft. The spacecraft already carries a chip with more than 442,000 names submitted through the 2014 “Messages to Bennu” campaign.

Quoting Jason Dworkin, OSIRIS-REx project scientist at NASA’s Goddard Space Flight Center in Greenbelt, Maryland, NASA reported that, “The development of the spacecraft and instruments has been a hugely creative process, where ultimately the canvas is the machined metal and composites preparing for launch in September. It is fitting that this endeavor can inspire the public to express their creativity to be carried by OSIRIS-REx into space.”

The spacecraft will voyage to the near-Earth asteroid Bennu to collect a sample of at least 60 grams (2.1 ounces) and return it to Earth for study. Scientists expect Bennu may hold clues to the origin of the solar system and the source of the water and organic molecules that may have made their way to Earth.

According to NASA, a submission may take the form of a sketch, photograph, graphic, poem, song, short video or other creative or artistic expression that reflects what it means to be an explorer. Submissions will be accepted via Twitter and Instagram until March 20th. For details on how to include your submission on the mission to Bennu, go to: http://www.asteroidmission.org/WeTheExplorers

See pic - Jarosite in the Noctis Labyrinthus region of Mars!