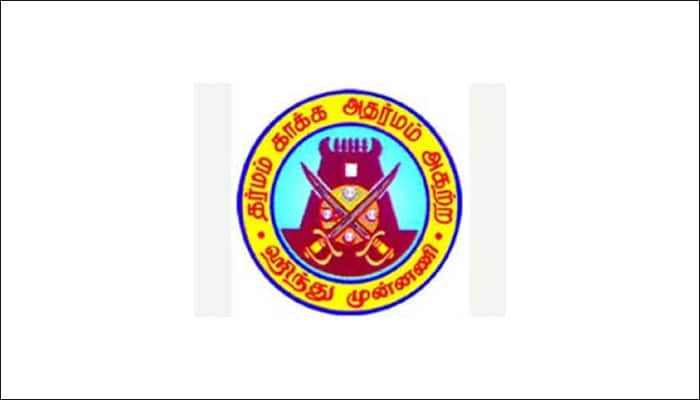 Coimbatore: In a shocking incident, a Hindu Munnani spokesperson was hacked to death by four men at Subramaniyampalayam on Thursday night.

The incident led to tension in Coimbatore and Tirupur districts of Tamil Nadu on Friday morning.

The Times of India has reported that the 36-year-old C Sasikumar, hailing from Subramaniyampalayam in Coimbatore district, was on his way to home on a two-wheeler when the men chased him on bikes and attacked him with sickles. The assailants escaped after attacking Sasikumar.

Sasikumar, who suffered 11 cut injuries, was rushed to a private hospital, where he succumbed to injuries.

In the wake of the attack, shops in Coimbatore and Tirupur districts were shut today, and buses remained off the road since morning. Over 500 policemen were deployed to prevent any untoward incident.

A group of men pelted stones at the buses parked on the roadside and broke window screens. A driver of a private bus sustained injuries on his hand in the stone pelting, police said.

Six special police teams have been formed to nab the culprits, police said.

Some schools in the city declared holiday today in view of the tense situation.

On Monday night, another Hindu Munnani member was attacked with lethal weapons in Dindigul district of Tamil Nadu.