BJP leader and Lok Sabha MP from Kairana, Hukum Singh, has said that the exodus of people from Kairana should not be given communal colour. 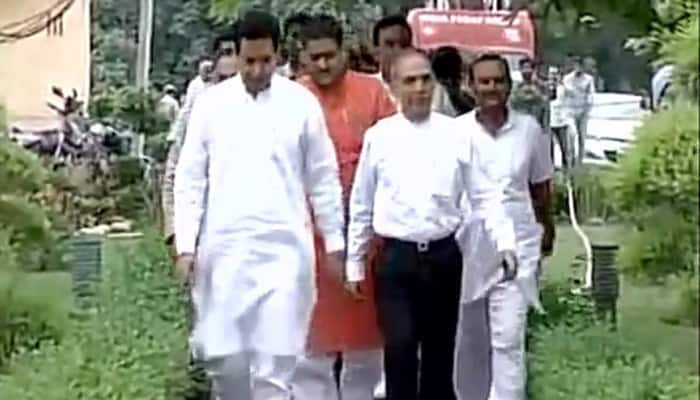 New Delhi: A nine-member Bharatiya Janata Party (BJP) probe team on Wednesday reached Kairana to find the truth behind reports on alleged "migration" of Hindus from the Uttar Pradesh town.

On Tuesday, the Union Home Ministry had sought a detailed report from the Uttar Pradesh government to verify the allegations.

The BJP had raised the issue at its two-day National Executive meeting in Allahabad and Union Minister of State for Home Kiren Rijiju also said that "such migration, if true was unfortunate".

BJP leader and Lok Sabha MP from Kairana, Hukum Singh, has said that the exodus of people from Kairana and other places in Shamli district of Uttar Pradesh should not be given communal colour and viewed through a prism of religion.

The BJP leader on Tuesday released a "fresh list" of people who, according to him, migrated from Kandhla town of Shamli district.

Hukum Singh has said that in addition to Hindus, even some Muslim families also fled Kandhla due to high-handedness of "local goons".

Local BJP leaders have recently released a list of over 300 people who according to them were forced to migrate from Kairana to other places.

The Assembly Elections in Uttar Pradesh are slated for early next year and the Samajwadi Party government in the state is under attack from the Opposition, including the Bahujan Samaj Party, the Bharatiya Janata Party and the Congress, over the alleged deteriorating law and order in the state.

Heartbreaking! This VIDEO is eye-opener for people who don't believe that Hindus are leaving Kairana, Kandhla