In yet another case of rape, a 42-year-old woman has been allegedly gang-raped by four people in a moving SUV in Noida. 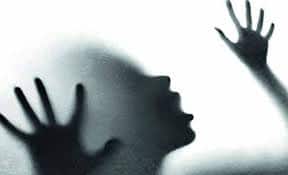 Noida: In yet another case of rape, a 42-year-old woman has been allegedly gang-raped by four people in a moving SUV in Noida.

The incident happened on Thursday afternoon in Noida. The victim, as she claimed was waiting at a bus stand when a car stopped near her in which four people were present and offered her lift. According to the woman, the occupants hailed from the same locality and offered her lift to drop her Lukasar prison in their Scorpio car.

She was given a cold drink laced with sedatives after which she felt unconscious. The men then allegedly raped her in the moving car for hours and later dumped her nearby Sector 51, Noida.

On the other hand, according to Anoop Singh Deputy Superintendent of police, Greater Noida, says that all the accused that she named in her complaint are the one who have registered a case against her husband Salim. Also, there are many contradictions in her complaint.

" We are investigating this form all the angles. We have registered an FIR against four people under section 376 (Rape) Indian Panel code in Sector-24 police station. No arrest have been made yet. A medical examination of the woman will be done," Anoop Singh said.