Though a local level election, the polls are seen as a positive step towards women empowerment and many are optimistic that their voices will finally begin to be heard in government. 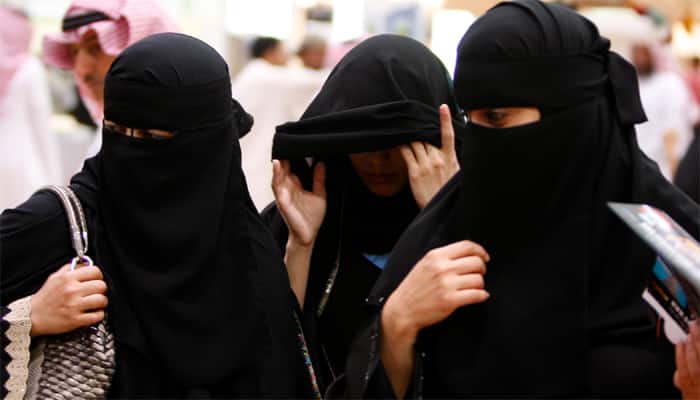 Riyadh: For the first time in history, women in Saudi Arabia on Saturday participated alongside men in the municipal election - a big step towards gender equality in a severely restricted Saudi society. Though a local level election, the polls are seen as a positive step towards women empowerment and many are optimistic that their voices will finally begin to be heard in government.

The polling stations – as with all other public venues in the conservative Muslim nation – are made gender segregated. Out of 1,263 polling stations, just 424 have been reserved for women voters. Despite recent relaxations for women in the male-dominated country, Saudi Arabia still has a long way to go in the fight for gender equality. Although in recent years rights of Saudi women have been extended, their actions are still severely restricted.

Here are the 10 things that women in Saudi Arabia still can't do:

1. Go anywhere without a male guardian

Saudi women must accompany a male relative, known as a 'mahram', whenever they venture out of the house. Mahram accompanies the women at all times, including for shopping trips and visits to the doctor.

Although there is no official law that bans women from driving, the country's deeply held religious beliefs prohibit it, with some clerics argue that female drivers "undermine social values".

3. Wear clothes that show off their body

Saudi women's dress code is governed by a strict interpretation of Islamic law. Women must wear a long black cloak and a head scarf. Religious police would stop them if they expose too much flesh or wear too much makeup.

Saudi women are expected to limit their interactions with men other than their family members or relatives. The majority of public buildings including offices, banks and universities have separate entrances for men and women. Public transportation, parks, beaches and amusement parks are also segregated in most parts of the country. Unlawful mixing will lead to criminal charges.

Saudi women are not expected to swim in public swimming pools or used by male members.

Women athletes are looked down upon by the conservative Saudi society. It's generally hard for women to compete freely in sports. Though they are allowed to participate, they had to be accompanied by a male guardian and wear a "Sharia-compliant" sports kit that covered their hair.

7. Try on clothes when shopping

Saudi women are not expected to try on clothes while shopping. Doing so, may attract punishment.

Crazy video: What happened when a man dropped his iPhone on road! Don't miss the last man's reaction