Analysts said the call to make Xi a strongman leader was an attempt to raise Xi's status to the equivalent of "Great Leader". 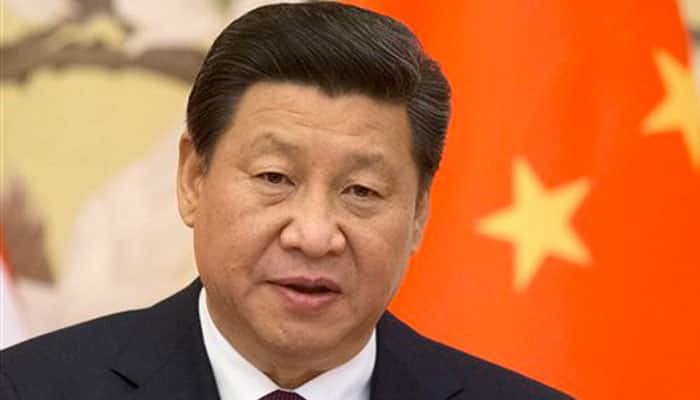 The four-day meeting of the plenum of Communist Party of China (CPC) kicks off China's political season which will culminate in changes at the top leaders except Xi and Premier Li Keqiang in the autumn next year when the party convenes its 19th Congress during which a new Politburo Standing Committee will be appointed.

Since he took over the leadership in November 2012, Xi has emerged as the most powerful leader of China in recent times starting his ten year tenure as head of the Party and powerful military, besides the Presidency.

While the Standing Committee in the past represented collective leadership principle enunciated over three decades ago, critics say?Xi's emergence as a powerful leader has overshadowed other six members of the Committee including Li.

By next year a new Standing Committee would be appointed for which jockeying has reportedly started.

During the plenum, the party leadership will deliver work report of the party rule under Xi, official media reported.

The meeting would review key issues concerning the strict management of the Party and conduct revision of intra-Party supervision regulations, according to announcement by the party in July this year.

Speculation is rife that the meeting would amend the collective leadership rule.

Since he was elected as General Secretary of the party in? November, 2012, Xi systematically consolidated power both in the party and the military by carrying out a massive anti- corruption drive breaking established norms like not prosecute retired leaders and officials.

As he consolidated his power emerging as a rare leader controlling the party, military and the presidency, Xi now looks to amend the party structure to continue beyond the 10 year period stipulated by the party.

Ahead of tomorrow's meeting, Peoples' Tribune, which is affiliated with party's official organ People's Daily said, "China needs a leader like Mao and Xi fits the bill."

Analysts said the call to make Xi a strongman leader was an attempt to raise Xi's status to the equivalent of "Great Leader", the Hong Kong-based South China Morning Post reported.

The article, published on October 18 called for Xi to be

named "the core" of the party leadership ? a term that carries strong political meaning, the Post report said.

The Tribune said that modern China needed a strong leader, and that President Xi had the qualities to make one.

"China needed a strongman politician so the nation could again rise to greatness amid a time of strategic challenges and risks," it said.

Xi, as party general secretary, was widely regarded by officials and the public as such a leader, it said.

The call by Tribune also stirred up voices of dissent.

"There is no longer such salutation as 'leader' after Mao," Chen Daoyin, a political scientist at Shanghai University of Political Science and Law, told the Post.

The salutation "core of the leadership" often represented the power of final approval or veto, Chen said.

He acted as "first among equals", he said.

Nearly 20 provincial party bosses publicly called Xi "the core" before the annual sessions of the National People's Congress in March this year.

But for reasons unknown to outsiders, the call died down during the gatherings.