A nationwide ceasefire brokered by the United States and Russia was mostly holding across Syria on Tuesday and efforts to deliver badly needed aid to besieged areas including the northern city of Aleppo got cautiously underway. 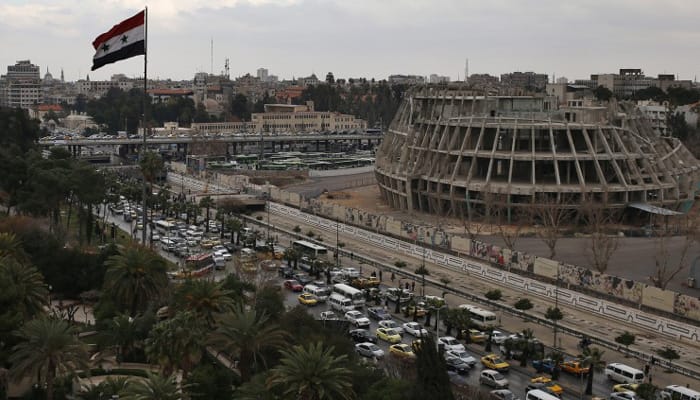 Beirut: A nationwide ceasefire brokered by the United States and Russia was mostly holding across Syria on Tuesday and efforts to deliver badly needed aid to besieged areas including the northern city of Aleppo got cautiously underway.

Syrian state media said armed groups had violated the truce in a number of locations in Aleppo city and in the west Homs countryside on at least seven occasions on Tuesday. The Syrian Observatory for Human Rights said pro-government forces had shelled near two villages in the south Aleppo countryside and a neighbourhood on the outskirts of Damascus.

But there were no reports of deaths or injuries.

The Russian military, which sent reconnaissance equipment to detect and suppress attempts at violations, said the ceasefire had largely been observed in Aleppo.

Around 20 trucks carrying aid crossed into northern Syria from the Turkish border town of Cilvegozu, some 40 km (25 miles) west of Aleppo, a Reuters witness said, although with security a concern it was not clear how far into Syria they would go. A Turkish official said they were mostly carrying food and flour.

The Syrian government said it would reject any aid deliveries to Aleppo not coordinated through itself and the United Nations, particularly from Turkey, Syrian state media reported.

The UN said its trucks had not yet entered Syria and that it was still awaiting confirmation that the ceasefire was holding before sending in its own convoy.

"We are waiting for this cessation of hostilities to actually deliver the assurances and the peace before trucks can start moving from Turkey. As I speak, that has not been the case," Jens Laerke, spokesman for the U.N. Office for the Coordination of Humanitarian Affairs, said in Geneva.

"We need to enter an environment where we are not in mortal danger as humanitarian organizations delivering aid," he said.

The ceasefire is the second attempt this year by the United States and Russia to halt the Syrian war. Russia is a major backer of President Bashar al-Assad, while the United States supports some of the rebel groups fighting to topple him.

Some air attacks and shelling were reported in the first hours of the truce on Monday evening, but that appeared to die down and the Observatory, which monitors the war, said it had not recorded a single civilian death from fighting in the 15 hours since the ceasefire came into effect at 7 pm (1600 GMT).

Turkey said on Monday that, in conjunction with the United Nations, it aimed to send more than 30 trucks loaded with food, children`s clothes and toys to besieged parts of Aleppo within hours of the truce taking effect.

The United Nations said on Friday the Syrian government had effectively stopped aid convoys this month and Aleppo was almost running out of fuel.

The head of the city council for opposition-held Aleppo expressed concern that planned deliveries would be conducted according to Russian wishes and would not meet the needs of an estimated 300,000 people living there.

Brita Hagi Hassan told Reuters the rebel-held part of the city, which has been fully encircled by pro-government forces for more than a week, was in dire need of fuel, flour, wheat, baby milk, and medicines.

The council wanted to a role in overseeing the deliveries, he added, rejecting any presence of government forces on the road expected to be used to make the deliveries.

More than 301,000 Syrians have been documented as killed since the start of the conflict in 2011, the Observatory said in its latest assessment on Tuesday, although it estimates the actual death toll at around 430,000, in line with the UN`s estimate. Some 11 million people have been made homeless in the world`s worst refugee crisis.

UN Syria envoy Staffan de Mistura was monitoring the ceasefire very closely, a spokeswoman said, but she declined to comment on how it was being observed so far.

Israel said its aircraft attacked a Syrian army position after a stray mortar bomb struck the Israeli-controlled Golan Heights, a now-routine Israeli response to the occasional spillover from the war. It denied a Syrian claim that a warplane and drone were shot down.

The truce does not cover the jihadist groups Islamic State or Jabhat Fateh al-Sham, a group formerly called the Nusra Front which was al Qaeda`s Syria branch until it changed its name in July. It initial aims include allowing humanitarian access and joint US-Russian targeting of such groups.

The agreement comes at a time when Assad`s position on the battlefield is at its strongest since the earliest months of the war, thanks to Russian and Iranian military support.

The RIA news agency quoted Russia`s foreign ministry on Tuesday as saying Moscow and Tehran had no differences over the ceasefire deal.

Hours before the truce took effect, an emboldened Assad vowed to take back all of Syria. In a gesture loaded with symbolism, state television showed him visiting Daraya, a Damascus suburb long held by rebels but recaptured last month after fighters surrendered in the face of a crushing siege.

Fighting had raged on several key fronts before the truce, including Aleppo and the southern province of Quneitra on Monday, the first day of the Eid al-Adha Muslim holiday.

The Observatory said at least 31 were killed by air strikes on rebel-held Idlib province and eastern Damascus, and by the bombardment of villages in the northern Homs countryside and rocket attacks in the city of Aleppo before the truce.