The company said its operations are largely normal across the two eastern states and it continues to supply. 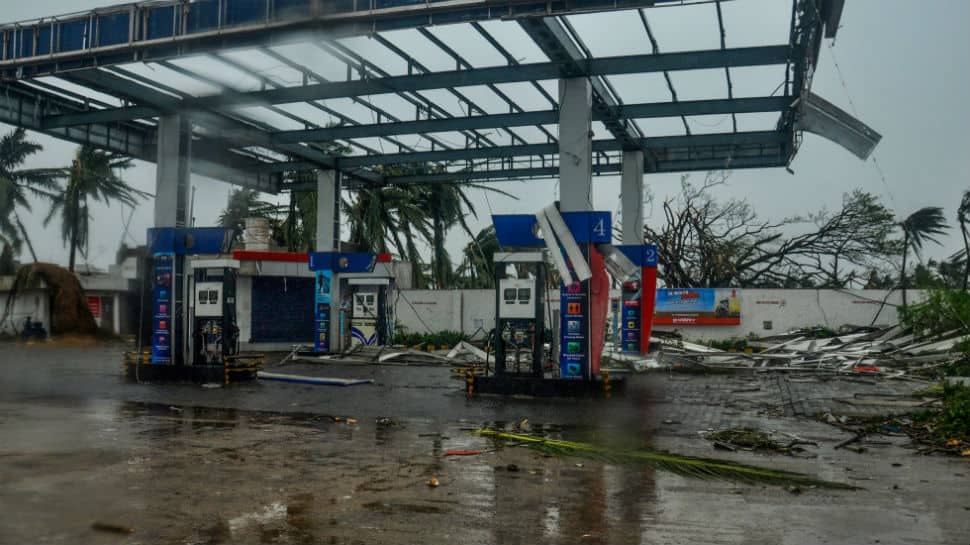 New Delhi: Indian Oil Corporation (IOC), the country's biggest fuel retailer, on Friday said it has made arrangements to ensure uninterrupted supply of petrol, diesel, LPG and jet fuel in Odisha and West Bengal that faced a category-4 cyclone.

"In the wake of the cyclone Fani making landfall in Odisha earlier today (Friday), IOC is fully geared up and ensuring uninterrupted fuel supply from its locations in Odisha and West Bengal on the east coast," the company said in a statement.

The company said its operations are largely normal across the two eastern states and it continues to supply.

IOC has close to half of the retail fuel market share across the country.

"Adequate stock of petroleum products such as petrol, diesel, LPG, kerosene and aviation fuel is available. The Corporation (IOC) is also actively assisting the district administration in evacuation, rescue and relief activities," the statement said.

Cyclone Fani is the worst storm since 2014 and had prompted authorities to shift more than a million people to safer places.

IOC is continuing to operate its 15 million tonne per annum capacity refinery at Paradip on Odisha coast. The refinery is designed to withstand cyclones with a speed of over 200 kilometres per hour.

"Considering the onslaught of the cyclonic storm, IOC's million metric tonnes per annum coastal refinery at Paradip has put in place all precautionary measures and safeguards to protect the people and the plant. All necessary safety measures are in place as per the onsite emergency plan," it said.

"A control room is already in operation to coordinate the preventive and proactive measures," the statement added.

IOC said refinery operations are running normal, with all units in line and the products being evacuated by the marketing terminal and through pipeline transfer.

"Coastal evacuation, however, has been halted, as per plan, due to the cyclone conditions," it said.

CISF personnel and refinery fire and safety team members have been deployed at all strategic locations for monitoring the situation. Measures have also been taken to avoid build-up of excessive water in the refinery area, if any, it said.

The refinery, IOC said, is also extending all possible assistance to the district administration by providing essential relief material such as biscuits, milk powder and water pouches and supporting a cyclone centre.

It is also arranging transport facilities for the evacuation of people to safer places from the two municipality blocks of Kujang and Paradip in the district.