Newborn dies after nurses attempt C-Section with doctor on phone

A newborn baby died on Tuesday after nurses at Kendrapara's Sai Hospital attempted a Caesarean surgery on the mother under directions of the doctor on phone. 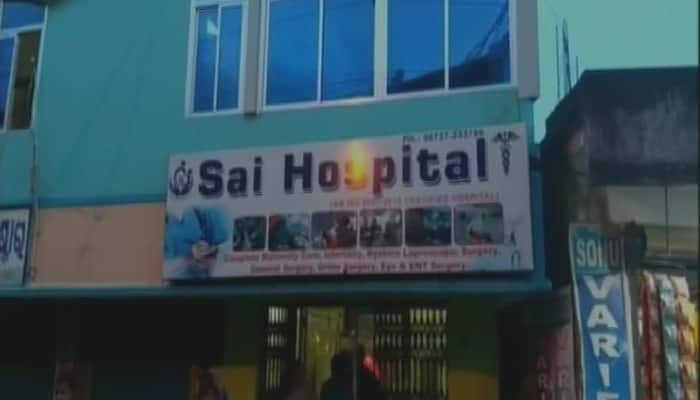 Bhubaneshwar: A newborn baby died on Tuesday after nurses at Kendrapara's Sai Hospital attempted a Caesarean surgery on the mother under directions of the doctor on phone.

The operation was scheduled to be conducted by Dr Rashmikant Patra. In her absence, the nurses were asked to carry out the surgery after coordinating with the doctor - similar to Bollywood blockbuster 3 Idiots-style.

The woman, Aarti Samal, was brought in to the hospital after she went in labour.

Samal later took the infant's body to the Kendrapada Town police station and filed an FIR against the doctor.

"I don't know who did it but my wife was operated upon and we lost our first baby. My wife's uterus is also damaged. The nurses said that they had coordinated with the doctor over the phone and had given their 100 percent. It is only because of the negligence of the hospital authority."

A case of negligence has been filed against the doctor. Police is investigating the matter.

Odisha: Headmaster held for raping student with promise to marry